Will Travel For Art 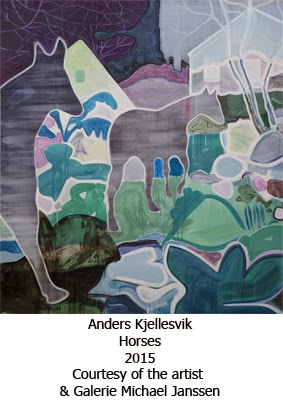 The world is a book, and those who do not travel read only a page.
Saint Augustine

Anders Kjellesvik likes to travel, in his 35 years he has read more pages of the world than most us will do in a life time. Born on the Norwegian island of Stord, with a Viking heritage and influenced by the boat builders and fishermen of today it is little wonder that wanderlust is coded into his DNA.

But unlike his forebears, who returned from their voyages with slaves and bling, Kjellesvik returns from his journeys with images that become the subject matter for his paintings, prints and sculptures. The works that Kjellesvik creates are the echoes of his impressions and memories that teeter between realism and abstraction. As the Nordic Artists’ Centre’s Marie Nurland wrote for the 2012 Bristol biennale “They are artworks that seem sparse, but at the same time saturated with beauty and a complex layering of possible meanings. The works inspire a desire to play with the indefinable.”

Kjellesvik is also one half of the social art project aiPotu (“utopia” spelled backwards). With the other half of the duo, the Norwegian artist Andreas Siqueland, they have travel from Australia to Iceland as part of their ongoing Island Tour, and from Paris to Helsinki for the earlier Tour of Europe. At each stop they created a site specific work that explored the relationships between art and utopia within the local context.

Kjellesvik’s current exhibition of paintings brings together excerpts from his travels, his encounters with people, and their associated visual impressions. Über Ende und Anfang (About the end and the beginning) is on show at Berlin’s Galerie Michael Janssen until the 14th of March. 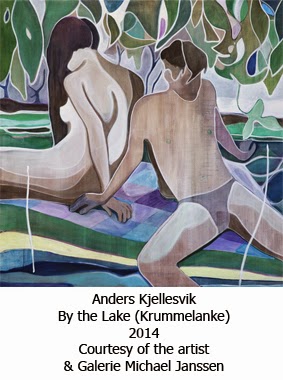