The Poet & The Sculptor 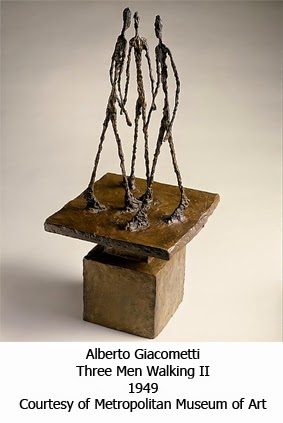 “The path traced by my pencil on the sheet of paper is, to some extent,
analogous to the gesture of a man groping his way in the darkness.”

In 1623 the English poet John Donne penned the opening line to his Meditation XVII “No man is an island entire of itself.” A conformation of his Catholic faith it underscores Donne’s belief in the interconnectedness of humanity.  Three hundred years later the Swiss artist Alberto Giacometti questioned the validity of this assumption with his disconnected, inward looking figures unable to communicate with their fellows despite their desire to reach out.

Best know as a sculptor, although painting and drawing played their part in Giacometti’s oeuvre, the Second World War was a pivotal point in his career. Prior to it he worked predominantly within the surrealist movement and has been credited with producing some of the best sculptures in the genre. His preoccupation with the depiction of head in general and the gaze in particular along with a growing weariness with dreams saw him excommunicated from the movement in 1935. After the war, Giacometti developed and refined a unique language that could represent the figure in real space keeping alive an interest in figurative works during the onslaught of abstract expressionism.

It was his fierce individualism, a ready willingness to pursue his own vision that saw Giacometti embrace the existentialist ideas of the emptiness of modern life, its lack of meaning, espoused by his friends Jean-Paul Sartre and Simone de Beauvoir. As he has said "All the sculptures of today, like those of the past, will end one day in pieces...So it is important to fashion ones work carefully in its smallest recess and charge every particle of matter with life."

And meticulous he was, Giacometti often reworked his models, and whilst he destroyed some, others he put aside side to be worked upon years later. About which he said “In every work of art the subject is primordial, whether the artist knows it or not. The measure of the formal qualities is only a sign of the measure of the artist's obsession with his subject; the form is always in proportion to the obsession.”

Donne ended his Meditation XVII with the immortal lines “And therefore never send to know for whom the bell tolls; it tolls for thee.” Whilst for Giacometti his summation was “It was always disappointing to see that what I could really master in terms of form boiled down to so little.”

A retrospective exhibition of Giacometti’s work is currently on show at Istanbul’s Pera Museum until the 26th of April. 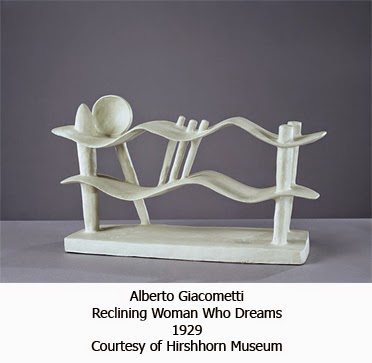