Talk about making a silk purse out of a pig's ear. Well the production team at Net 25 have done just that. Under the auspices of the Tribe Program, JP, Chris and their production team have made a TV story about the old Fart and his art. And their skill is such that I don't want to crawl into a hole and hide. Thanks guys!
Posted by Henry Bateman No comments:

The lovely people over at OurAsia That Travels, Joselito Barquez and Monica “Nix” Morales, have done a profile about yours truly and my work. If your interested you can see it here.
Posted by Henry Bateman No comments:

Dear Departed
Who would have thought that a Maccas sign could look so good and be so truthful.
Posted by Henry Bateman No comments:

Email ThisBlogThis!Share to TwitterShare to FacebookShare to Pinterest
Labels: pic of the week, Portfolio

Photography’s greatest strength is also its greatest weakness. Hailed for its ability to render objectively the world around us the veracity of its results is often open to question. With the recent publication of the three or PhotoShopped four Iranian missiles being the latest in a history of “doctored” photographs that stretches back to the Crimean war. Added to this obvious trickery is the subjective view of the photographer which invariably suggests that, like beauty, truth may well be in the eye of the beholder.

Putting a tentative toe into these somewhat troubled waters is the latest exhibition at the Silverlens Gallery. Where American/Filipino photographer Noelle Katigbak Tan has 31 photographs on display, 18 predominantly white, 13 predominantly black. Made over the five year period of 2001 to 2005, these works explore the subjective nature of the photographer/photograph relationship.

In her untitled black series of photographs Tan exposes hints, with varying degrees of clarity, as to her subject matter with its final resolution being left to her audience. White hot spots, in stark contrast to the surrounding black, attract the eye, although it soon discovers that the underexposed is not devoid of information. Its exact definition is left to the viewers’ imagination.

Tan’s white series of photographs have been made to look like pencil drawings. Deliberately overexposed the information in these photographs is minimal in both detail and scale. Suggestions are offered but the final analysis is left to the eagle eye capabilities of the beholder.

In both series of photographs Tan implores her audience to look into the image. And whilst embracing the fundamentals of the minimal art movement, her addiction to the portrayal of the object overrides the implied aesthetic. She does, however, shift the responsibility of the validation of intent from the photographer to the viewer. Her glimpses of reality, indistinct as they are, underscore the subjectivity of the static presentation of the moment.

Noelle Katigbak Tan’s photographs are on show at Silverlens Gallery, 2320 Pasong Tamo Extension, Makati City until the 27 September. More information can be found at www.silverlensphoto.com.
Posted by Henry Bateman No comments:

Made this photograph from one taken at Brook Andrew's retrospective exhibition Eye to Eye a couple of weeks ago. You can see my review of the exhibition here.

Remember the fuss a couple of months ago about Bill Henson's photos that got themselves arrested? Well here is the latest controversy to hit the art world with Bill's name sake Jim and his passion for his furry friends.

Email ThisBlogThis!Share to TwitterShare to FacebookShare to Pinterest
Labels: made me smile

The photographs below are from my current exhibition showing at Ricco Renzo Galleries. Quite a few of the works on display are manipulated photographs taken at other exhibitions at other galleries. I have applied the same technique to my own exhibition, naval gazing? Perhaps, but some interesting ideas emerged. Should these works find their way into an exhibition they may well become Manipulated Manipulations of Manipulations. Will it never end?

Posted by Henry Bateman No comments:

What a Tangled Web We Weave

The endless knot has a long and distinguished history not only in art but also in the affairs of man. Arguably the best known being the Celtic knot, it is a motive that has been used to decorate everything from medieval manuscripts to 21st century tourist knick knacks. Whilst the Alexander the Great legend of the Gordian Knot, proclaims the metaphor of a bold stroke to cut through life’s intractable problems.

This motive of the never ending line dominates in Rock Drilon’s recent works currently showing at Galleria Duemila. He presents a series of pencil drawings on paper along with a series of Acrylic on canvas works. The drawings have a tentative feel about them like they are explorations of variants of his theme. On the other hand the acrylics are much more confident and explore in greater depth Drilon’s societal concerns, for these works are very much in the here and now. This is especially true for “Moving on 8” and “Moving on 5”, although for different reasons.

In “Moving on 8”, Drilon uses his variant of the endless knot to obfuscate the intriguing machinations hinted at behind the busy foreground. It is an astute rendering of the political spin that masks the corridors of power, which in a Filipino context Drilon has described elsewhere as being “sudsier than the best Soap Opera”. It would take more than one slash with a sword to solve this dilemma.

In “Moving on 5” Drilon pays homage to the British artist Francis Bacon by defining the pictorial space in a similar manner. But where Bacon’s work looked inward to the darker elements of the human psyche, Drilon takes a more optimistic view and with the use of his endless knot expands the horizon, to include an extended family? Where the centuries have refined the depiction of the Celtic Knot to the point that the decorative trumps the concept, Drilon’s endless knots have a raw energy that encompasses the untidiness of daily life seen through a Filipino prism.

“Recent Works” by Rock Drilon is on display at Galleria Duemila, 210 Loring St, Pasay City until the end of August.
Posted by Henry Bateman No comments: 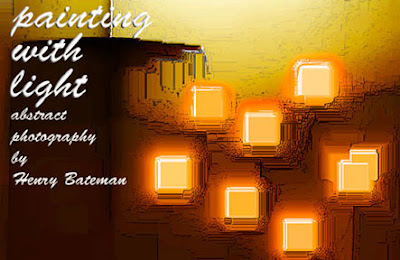 A Work in Progress

Portrait of Red Mansueto after WH Auden's Unknown Citizen
Not sure if this is the finished piece, but it is where I am at now. A third attempt, a name change. Enjoy.
Posted by Henry Bateman 1 comment:

How True it Is

From the Onion news, although about the US Pres Race (no cards here) can't ignore its relevance to all elections, Australian, Filipino or US. They're all politicians and as such have a PhD in this stuff and we lap it up.


Poll: Bullshit Is Most Important Issue For 2008 Voters
Posted by Henry Bateman No comments:

Email ThisBlogThis!Share to TwitterShare to FacebookShare to Pinterest
Labels: made me smile

Street Light on a Dark Night
Posted by Henry Bateman No comments:

Published in The Expat Newspaper 3 August 2008

With its steady gaze, pierced nose, Chinese characters and white body paint, “Sexy and Dangerous I” is an iconic statement as much as it is a modern rendering of ethnographic photograph. Made by Brook Andrews, a Melbourne based indigenous artist, from a photo found in the Victorian capital’s Mitchell library, it is the quintessential work in his mini retrospective exhibition, Eye to Eye, currently on show at the Yuchengco Museum.

Earlier this year, Australia’s indigenous people, the aboriginal and Torres Strait peoples, obtained a long awaited recognition when the newly elected Australian Prime Minister, Kevin Rudd, offered an apology to the “stolen generations” after a decade of prevarication by his predecessor. It was a land marking occasion that not only grabbed world headlines but encouraged an atmosphere of reconciliation between the original inhabitants of the country and the dominant, mainly European, population.

“Sexy and Dangerous I” was made 12 years before this historic event and in part alludes to China’s Tiananmen Square protests seven years earlier. Not only in this work but in his other works, Andrew’s political references stand tall. For Andrews is a conceptual artist working with photography, sculpture, prints and neon installations and as such the message dominates. So much so that with his 2005 pop art inspired works like “Kalmaldain/Composer” they became graphic illustrations for the written word.

But like the NAIDOC (National Aborigines and Islanders Day Observance Committee) week celebrations which prompted this exhibition’s Philippine exposure by the Australian Embassy, Andrew’s latest works are more aesthetically formal. As NAIDOC’s week long celebration of indigenous achievement grew from a day of protest and mourning in 1938, so too has Andrew’s 2006 Replicant series become less strident. These depictions of Australian wildlife, the parrot, the possum, the owl, all who have learned to co-exist within the imposed suburban environment, are presented in fleeting poses contrived in the artist’s studio. Although having the sensuality of his earlier work the danger has become somewhat muted.

“Eye to Eye” a survey of Brook Andrew’s work (1996 to 2006) is on display at the Yuchengco Museum, RCBC Plaza, Ayala Avenue, Makati City until 30 August.
Posted by Henry Bateman No comments:

Out of the Mouths of Babes and ESL

Being an English speaking expat I do get a certain enjoyment from some of the “interesting” uses of my mother tongue (see post below). Although from time to time the literal expression has a poignant ring of truth.

With the upcoming Beijing Olympics almost upon us the reports of fractured English of the Chinese kind i.e. Chinglish is getting the once over. Amongst the dross that impels a bored journalist to write about comes a gem. “Airline pulp” a Chinglish description of food served in flight.

Out of the mouths of babes and ESL indeed.
Posted by Henry Bateman No comments: