Painting with an Eye on the Past 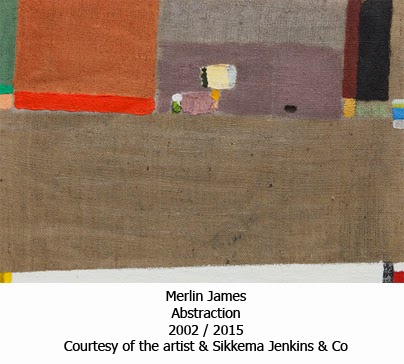 “The holes are cut - they're not damage.”
Merlin James

In a discussion with John Hyde the British artist Merlin James stated “They [Merlin’s Paintings] do often go through long process in the studio. Often I can't specify a starting date for a work and more, because it's gone through so many changes. But then occasional ones are quite quick also - some are just thin paint, with drawn elements, that have worked immediately and needed no revision. And often even when they appear old and distressed, it's not necessarily that they've been around a long time - it's just a look they have.”

Coming of age along with YBA’s like Damien Hirst and Tracy Emin, James rejected the conceptional ethos and refused to accept that painting was dead. A respected writer about art in general and painting in particular who has been published in Art in America and the Times Literary Supplement, James knowledge of his subjects history is undisputed and as such affects his painting in equal measure.

Known for his inclusion of collage elements that range from tufts of hair to little model houses and at times included the stretcher bars as a pictorial element, the negative collage holes are a formal device for his expression not unlike the negative space in a Henry Moore sculpture. Coming to the viewer “already damaged” relates the painting to its historical traditions whilst the abstracted subject matter with its nods to minimalism and color field painting roots it firmly in the present.

Described as a post-avant-garde painter, James’ subject matter is as diverse as it is unpredictable ranging from landscapes to interior still life’s, via figures, buildings, doorways and sexually explicit scenes; he effectively avoids the dictates of both the institutional and commercial market places.

As the Brooklyn Rail’s John Yau observed “He [James] has more in common with Groucho Marx, who didn’t want to belong to any club that would have him, than to Karl Marx, whose followers fuss mightily over the credentials one needs to gain admittance to the inner circle.” 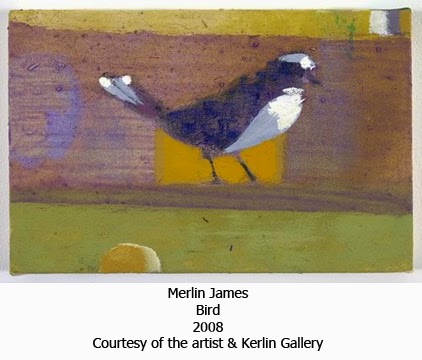 Start following our signals NOW & gain up to 270% per day.