Keep Your Hat On 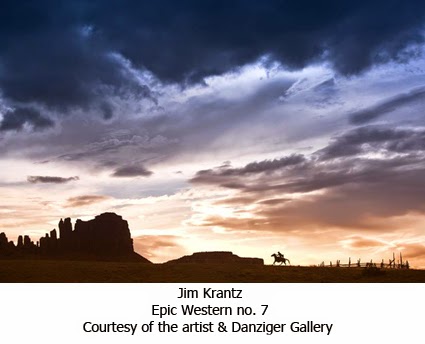 “I just want some recognition, and I want some understanding.”
Jim Krantz

When John Batterson Stetson invented his “Boss of the Plains” hat in 1865 he created an icon that for ever more would identify the American cowboy. An enduring symbol of the American “can do” ethos equally at home on the head of the working cowboy and the successful businessman. From presidents to kids on a vacant lot the Stetson identifies the “home of the brave” if not always the squeaky clean.

American photographer Jim Krantz has photographed hundreds if not thousands of Stetsons. Best known for his photographs of the Western United States, Krantz earns his bread and butter from his commercial photography for clients that range from Philip Morris to Playboy with the ubiquitous hat playing a significant supporting role.

Over the past seven years Krantz has been expanding his photographic work into the fine art market. The impetus for this expansion came about when fellow artist Richard Prince appropriated Krantz’s photograph from a Marlboro advertisement.  Krantz came across it when he attended Prince’s retrospective exhibition at the Solomon R. Guggenheim Museum. There outside the museum was a poster for the exhibition displaying Prince’s reworking of his photograph. 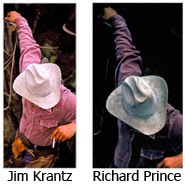 In both photographs a Stetson is the focal point. In Krantz’s version the product (a cigarette) is linked to the icon, in Prince’s version the icon is the work. Krantz told the New York Times “When I left, I didn’t know if I should be proud, or if I looked like an idiot.” And there was not a lot he could do about it.

As is usual with advertising photography the advertiser claims the copyright for the advertisement and its content and in this instance Krantz had relinquished his photograph’s copyright to Marlboro’s parent company Philip Morris. The ensuing uproar over Prince’s appropriation habits, which he justifies, saying “I never associated advertisements with having an author,” saw Krantz being offered   gallery representation.

That representation has borne fruit and Krantz has a self titled solo exhibition at New York’s Danziger Gallery on show until the 21st of March. And, yes, there are lots of Stetson’s included. 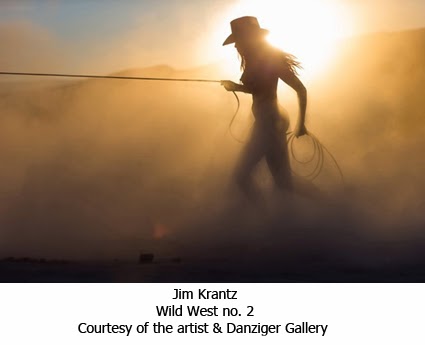