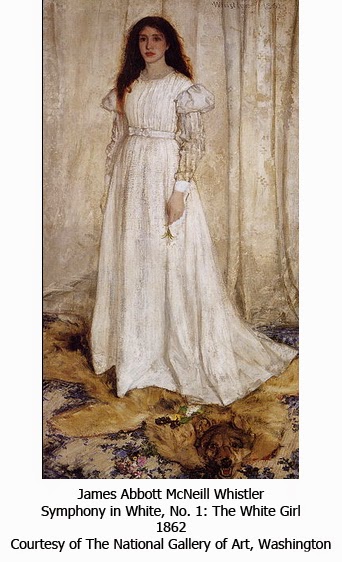 “If the man who paints only the tree, or flower, or other surface he sees before him were an artist, the king of artists would be the photographer. It is for the artist to do something beyond this.”
James Abbott McNeill Whistler

Whistler’s Mother is unarguably James Abbott McNeill Whistler’s best known work of art and as such is much more than the rendering of a parent by a dutiful son. As Whistler said, “To me it is interesting as a picture of my mother; but what can or ought the public to care about the identity of the portrait?”

Along with  Grant Wood's American Gothic, Leonardo da Vinci's Mona Lisa and Edvard Munch's The Scream it has escaped the sanctity of the museum wall to enter the shopping mall as an icon of popular culture, revered and parodied at will. But its austere simplicity of design, a balancing act of shapes and tonal harmony, has seen it survive the onslaught and live up to its official title of Arrangement in Grey and Black No 1.

For it was the dictates of form, line and color and their compositional arrangements that intrigued and motivated Whistler in his quest of "art for art's sake". As music is poetry for the ear, so art should be poetry for the eye. Even his signature, his makers mark, Whistler used a compositional element with the work’s needs dictating its placement. Using a stylized arrangement of his initials to form a butterfly with a stinging tail Whistler alluded to the paradox of his delicate and subtle art works and his combative public persona.

An erudite man with a razor sharp wit, Whistler could out Oscar Wilde Oscar Wilde. It is reported that upon receiving the compliment of “I wish I’d said that” from Wilde, Whistler replied “You will, Oscar, you will.” This agility of mind served him well in keeping his name before the public even up to his final years. As London’s Daily Chronicle obituary said “He was, therefore, nearly seventy years old at the time of his death, which will probably be a surprising fact to most people, for if ever a man lived whose manner and behavior conveyed the impression of youth, it was he.”

But throughout it all Whistler remained dedicated to his art and the artist’s role in its production. As he said in his famous "Ten O'Clock" lecture “To say to the painter, that Nature is to be taken as she is, is to say to the player, that he may sit on the piano. That Nature is always right, is an assertion, artistically, as untrue, as it is one whose truth is universally taken for granted. Nature is very rarely right, to such an extent even, that it might almost be said that Nature is usually wrong: that is to say, the condition of things that shall bring about the perfection of harmony worthy a picture is rare, and not common at all.”

Apart from his painting, Whistler was also a consummate print maker; his etchings are favorably compared with Rembrandt. 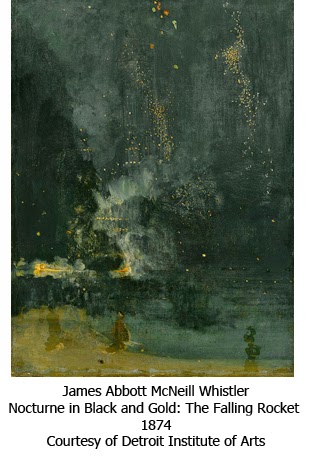