Appropriation and Parody – the Art of Roy Lichtenstein 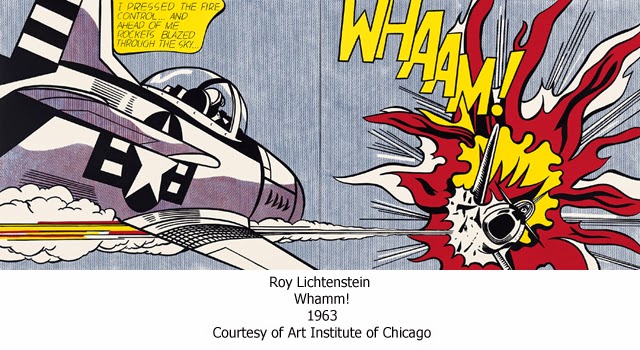 The comic strip is usually a young person’s unrealized first brush with fine art in general and abstract art in particular. Although secondary to the narrative that propels the story line the individual art panels are as carefully considered, compositionally and stylistically, as any work on a gallery wall and whilst realistic in nature they use a visual language that is as divorced from reality as any abstract rendering.

American artist Roy Lichtenstein’s recognition of this fact along with his adoption of a style derived from commercial printing saw him become a household name in the Pop Art movement. In the 1960’s after flirting with Impressionism, cubism and expressionism he appropriated (stole) comic strip panels that would fit in the palm of your hand and reproduced them as large scale paintings devoid of their narrative connotations. As he has said about these works “I was interested in using highly charged material, like Men at War and Love comics, in a very removed, technical, almost engineering drawing style."

Over the five years that Lichtenstein produced these works, much to the chagrin of the art world’s high priests of the time, he cemented himself into the canon of American art history with works that have become amongst the most distinctly recognizable in the world.

With this style now his trademark Lichtenstein went on to produce a large body of work not only in painting but sculpture and prints as well. An exhibition of his prints curated from the 300 held by the Australian National Gallery toured that country for three years.

Within Lichtenstein’s body of work there are many appropriations of works that caught his eye from the annals of history. From Emanuel Gottlieb Leutze's 1851 painting Washington Crossing the Delaware to works by modern masters such as Claude Monet, Henri Matisse, Pablo Picasso and Willem de Kooning Lichtenstein’s rendering is often seen as a parody of the original. About which he has said "The things that I have apparently parodied I actually admire."

The Art institute of Chicago said about Lichtenstein in their publicity for the 2012 retrospective exhibition of his work “In restating the mass-produced image by means of an insistently handmade, painterly process, he confounded the notion of the readymade and forever expanded and altered our understanding of how a painting can be made, how it should look, and how we define the artist in our society.”


The exhibition Opera Prima at Turin’s Galleria Civica D’Arte Moderna is showing over 230 examples of Lichtenstein’s work including drawings and paintings until the 25th of January. 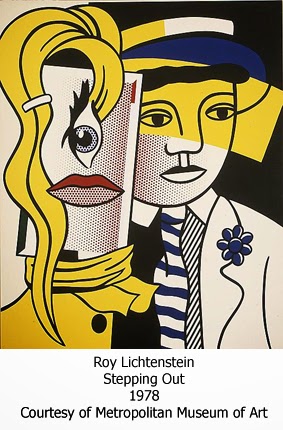