A Jack With No Master 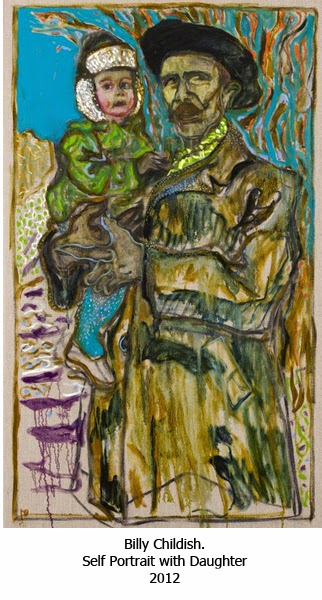 I am a desperate man who demands to connect...
who denounces the dullness of money and status...
who will not bow down to acolayed or success -
'i am the strange hero of hunger'
Billy Childish

Billy Childish (Stephen John Hamper) has a large collection of hats which is very befitting for this man who wears so many, although one suspects you would be hard pressed to find a silk top hat in his collection; it’s just not his thing.

An Enfant terrible who has never grown up, Childish revels in the contradictions life has to offer making a career of not having a career. He has a laundry list of activities to his credit that includes but is not limited to; poet, novelist, publisher, musician, producer, painter, photographer, film maker and activist. And he is as prolific as he is varied; to which 127 music albums, over 40 publications of collected poetry and the 600 drawings he produced in six months whilst working as an apprentice stone mason all attest.

An individualist with an anti-establishment streak, Childish has lived and worked all his life in the South East English town of Chatham which has seen him labeled as a provincial outsider, a categorization he rejects. As he told the Guardian newspaper "I never needed to validate myself by moving to London. In my mind, it's actually a very provincial place because it's full of people from the provinces trying not to seem provincial. I always found it very limiting."

Whilst his paintings are often shown in museums, Childish doesn’t have a very high opinion of them. As he told The White Review “A library or a gallery should be empty to a degree. It should have elbow room. It should have calmness. It should be a statement about who we are, not a statement about populist culture. Real culture isn’t very popular. Real art isn’t that popular. These would be my arguments with places like the Tate when they say they are bringing challenging work to ordinary people. If it was challenging the place would be empty. If you challenge people they get the hump and clear off. The Tate is populist: it’s a day out. That’s not necessarily bad, but we’ve already got places for a day out. You don’t have to make everything into a fucking knees-up.”

From his expulsion from the Saint Martin's School of Art in 1982 for obscenity and other assorted crimes to his being awarded an honorary Doctor of Arts Degree from the University of Kent in 2014, Childish just goes about his business. As he says “I've got things to be getting on with."

A selection of his work can be seen in the exhibition The Islanders which he shares with Tom Anholt, Ryan Mosley and Rose Wylie at Copenhagen’s Galerie Mikael Andersen until the 21st of February. 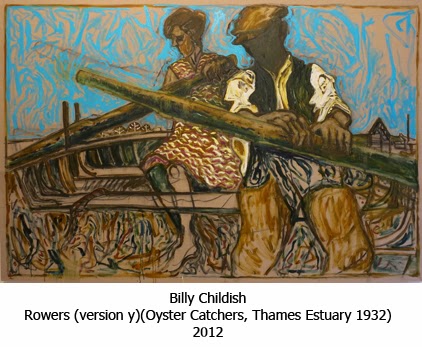