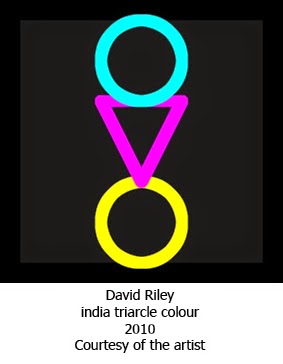 "The development of full artificial intelligence
could spell the end of the human race.”
Stephen Hawkins

On Thursday the 23rd of January the Bulletin of Atomic Scientists announced that they had moved their iconic Doomsday Clock to three minutes to Midnight. Citing the modernization of nuclear arsenals and unchecked climate change this is the closest the clock has been to midnight since the height of the Cold War in 1984.

Should these apocalyptic scenarios come together silicon may replace carbon as the dominate life form assuming of course that silicon could survive the ravages of a nuclear winter and/or an overheated world. In this hypothetical situation the question that arises is how would art be appreciated, as a graphical representation or would the language/code of its production dominate?

Indirectly, the work of minimalist British artist, David Riley nods towards these imaginings. Whilst his real world exhibitions present his work in a conventional manner that can be hung upon a wall his internet exhibitions whilst having a graphical representation on a monitor depend upon their underlying codes for that reality.

When he talks about his work Riley refers to himself as a black box and his work as outputs. As he explains on his website “when I chose the black box metaphor I was thinking like an engineer. In science and engineering, a black box is a device, system or object which can be viewed solely in terms of its input, output and transfer characteristics; and without any knowledge of its internal working. Using this well understood concept, I think I am (in) the black box. That is, I receive stimuli to make work; I apply my interest, experience and passion to making the work; I produce output and share the output I find satisfying.”

Prior to becoming an artist, Riley was a senior systems engineer for a telecommunications company who played with photography. It was this photographic interest that caused him to take up art. As he explained via email “The digital camera was the catalyst. I had dabbled in photography for many years, but hated the wait for film processing and printing. The digital camera streamlined the process and gave me instant access to the material. I then realized I could do much more than take photographs. Having made this personal breakthrough, I started to explore other materials.”

Amongst those other materials of interest was language or as he prefers to call it code and its graphical representation. And should the unthinkable happen and silicon does indeed triumph over carbon, Riley’s work, be it graphic or code, may well become the equivalent of Lascaux in that new epoch. 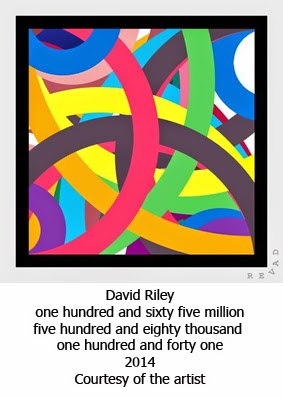 I really enjoyed the humour in this and the potential for inspiration from the new connections made.