Exhibitions, What Are They Good For? – The Photography of Guy Bourdin 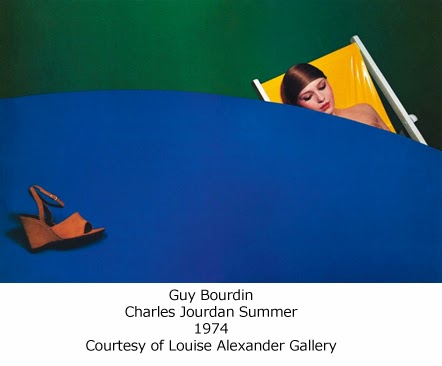 For most artists getting media coverage for an exhibition is an uphill battle. A double page spread that includes images of their work calls for celebratory drinks at a favored watering hole. Should this coverage be in an up market glossy magazine champagne may well be on the menu.

During the 1960’s, 70’s and 80’s a double page spread of the work of the French, surrealist inclined, fashion photographer, Guy Bourdin, was a regular monthly inclusion in the pages of Vogue Paris. As fashion guru Colin McDowell wrote in The Business of Fashion, “I was working as a designer in Rome in the 1970s and I remember how everything in the atelier stopped, each month, as we pounced on the newly delivered copy of Vogue Paris. What were we looking for? What excitement did we expect? Nine times out of 10 it was a fashion shoot by the photographer Guy Bourdin with searingly bright colors, showing clothes as never shown before.”

Along with Helmut Newton, Bourdin is credited with transforming fashion photography from the attractive to that which attracts. A protégé of the American dada/surrealist artist Man Ray, Bourdin made images that hinted at meanings rather than articulating them and in which the fashion element was almost an afterthought.

The stylized violence and eroticism in a lot of his work has seen him accused of the objectification of women and demanding to the point of cruelty with his models. Although, his early 1980’s assistant, Sean Brandt, told the Guarding Newspaper "I never saw him being cruel. Guy would push his models, but only to get his vision recorded on celluloid. Probably a good analogy is good sex, a lot of foreplay, mucking around, games, teasing, hard work and then, usually very late at night, a miracle."

During his life time Bourdin was uninterested in holding exhibitions of his work his monthly exposure in Vogue was obviously enough. It is only after his death, with is son and heir Samuel Bourdin managing his father’s estate, that his work has been exhibited, ensuring that Bourdin’s legacy is not shrouded by obscurity.

A current exhibition of his work Guy Bourdin: Image Maker is on show at London’s Somerset House until the 15th of March. 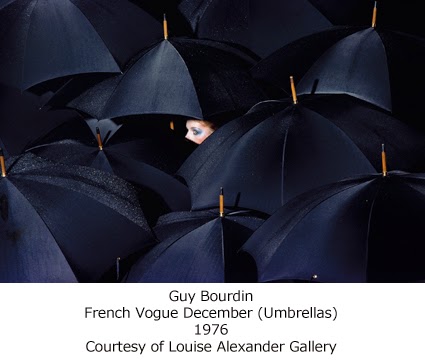