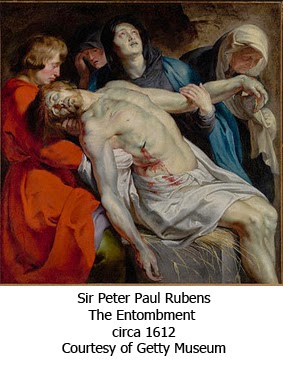 “My talent is such that no undertaking,
however vast in size...
has ever surpassed my courage.”

Sir Peter Paul Rubens was a man of sensual appetites with a discerning eye for detail. A painter and a diplomat, who excelled at both, Rubens, traversed the European stage from Holland to Italy, from England to Spain, during the turbulent first half of the 17th Century.

The most celebrated artist of his day, Rubens was the confidant of Kings and Queens; he not only painted their portraits but conducted clandestine affairs of state on their behalf. And what better cover for the covert diplomat than a commission to depict the grandeur of one endowed by God to rule.

Flattery was the order of the day and Rubens obliged. But amongst the extravagant drama of the luscious color, the interplay of light and dark, the lively brush strokes, all hallmarks of the Baroque style of the time, are details that go unnoticed by a superficial glance. Such as in The Entombment (see above) the parentheses formed by the bleeding wound and mouth of lifeless Christ, around which painting pivots, encapsulates a meditation on the idea that underpins the Eucharist; a central tenant of Rubens' Catholic faith.

The skill of the diplomat in paint, as it is the detail in the agreement that cements its applicability, so it is the pathos in the painting that holds the interest. In 1629, the 52 year old Rubens was at Philip IV Spanish court when England’s Charles I commissioned Rubens to decorate the ceiling of a new banquet hall in his Whitehall palace. Whilst executing the commission Rubens secretly negotiated a peace agreement between the two countries. So pleased were the kings that each bestowed a knighthood upon him.

Rubens died from heart failure at the age of 63, said to be brought on by his chronic gout, “the rich man’s disease” caused by the overindulgence of food and wine. Interestingly Ruben’s youngest child was born eight months after his death.

A selection of Rubens’ works along with artists he has influenced is currently on show at London’s Royal Academy of Arts until the 10th of April. 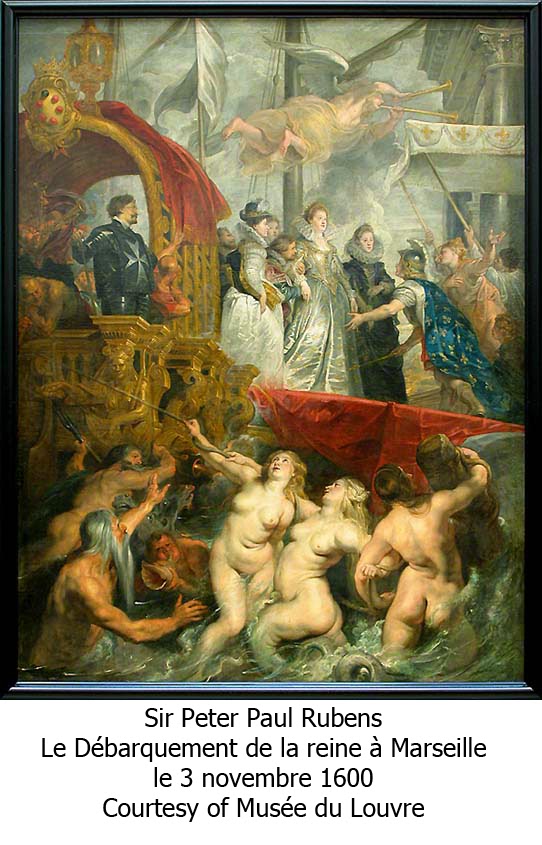