An Expression of faith 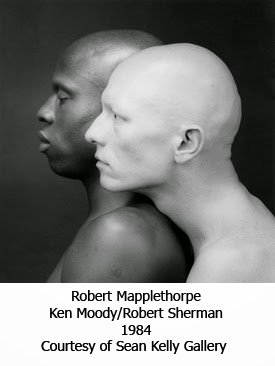 Freedom of Speech is a basic human right enshrined in the Universal Declaration of Human Rights which has been central to numerous debates, often in the vanguard, about the social conditions under which we conduct our affairs.

Twenty five years ago Robert Mapplethorpe’s exhibition The Perfect Moment created a cultural convulsion that saw the first American museum to be charged with obscenity, another museum’s director resign, a serve backlash directed at the American government’s arts funding agency the National Endowment for the Arts and a tripling in the prices for Mapplethorpe’s photographic prints. Of the over 150 photographs in the exhibition 7 were considered offensive, 5 explicit homoerotic S&M images and 2 images of naked juveniles.

What had been a major success at New York’s Whitney Museum was considered beyond the pale for showing at the Cincinnati’s Contemporary Art Center. Whilst Cincinnati is not New York, it took the Cincinnati jury just 2 hours of discussion to decide there was no case to answer.

A lifelong catholic, Mapplethorpe’s rigorously formalized portraits and figure studies, floral still life’s and photographs of gay eroticism were an expression of his faith. As his lover, the academic and cultural writer Jack Fritscher says in his essay What Happened When: Censorship, Gay History, & Mapplethorpe, “Though Mapplethorpe was for a long-time non-practicing, he was a life-long Catholic as was his intimate peer, Andy Warhol. Both were very much influenced by western culture's Catholic-identified sculpture and painting. Mapplethorpe died a Catholic, and his photographs which he designed, he said, as "little altars" fall distinctly in matter and form within Catholic traditions of incarnation (his faces), transubstantiation (his flowers), martyrdom (his figures), mysticism (his fetishes), and ritual (his formalism).”

In 2011 the Sean Kelly Gallery hosted a posthumous exhibition of Mapplethorpe’s work, 50 Americans. Fifty people, one from each American state, were invited to select a single artwork from over 2,000 images in Mapplethorpe’s oeuvre.

About this exhibition Vanity Fair contributing editor, Ingrid Sischy said “I was fascinated by how few of the graphically sexual images were ultimately chosen. It speaks to the beauty of Robert’s other images; it shows this is not a one-note-Johnny photographer, and that his camera certainly traveled in a number of subjects. Many of these other images, like his flowers or images of Patti Smith, or his classical nudes or his portraits of black and white men together, actually have an undercurrent of the sexual component that made him famous.”

Whilst photographer, Bruce Weber said “Isn’t it a wonderful miracle that photography can express what was in Robert Mapplethorpe’s head, and be accepted today as an American point of view.” 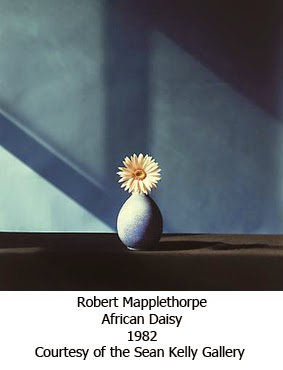