Capturing the Unseen – the Photography of Diane Tuft 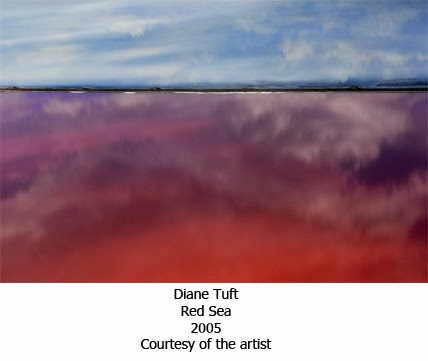 "There’s a silver lining to every cloud that sails about the heavens if we could only see it."
Katty Macane

Time Magazine announced on the 6th of January that “2014 was officially the hottest year on record.” It underscores the cloud that threatens our continued existence in the 21st Century which if left unaddressed will rain destruction upon life as we know it. Whilst the early signs of the devastation are evident, like Typhoon Haiyan that visited the Philippines last year, the underlying causes are invisible to the naked eye.

A situation that provides the opportunity for American photographer, Diane Tuft, to capture stunning landscape images that often have another world look about them. Tuft travels the world photographing the ultra-violet light that surrounds us on infra-red film. As she says in her artist’s statement “Ozone depletion and global warming are increasing the amount of ultraviolet and infrared light that reaches the earth’s surface…My photographs capture a moment in time without spectural bounderies.”

From the Great Salt Lake in Utah to Iceland, from Greenland to Antarctica, Tuft seeks out those places where ultra-violet light abounds.

About her trips to Iceland she blogged at The Huffington Post, “My photographs of Iceland from 2001 until 2008 illustrate the drastic change in size of the glaciers due to Global warming. Icelandic Glacier #7 from 2001, records the mounds of snow that were abundant on the Langjokull glacier. Seven years later, Sutur's Battle from the series Icelandic Sagas revisits the same glacier. The snow had melted and now I could photograph volcanic flow from the last eruption of the Langjjokull volcano in 920 AD.”

About her Great Salt Lake images, Tuft has said, “I discovered that both the camera and the environment contributed to the ethereal colors that I was capturing.”

The ice and rock depicted in Tuft’s images create such stunning forms that they were exhibited in New York at the Marlborough Gallery last year and are currently on show at Connecticut’s Bruce Museum until 1st of February.

As she says about her work “Through my photographs I highlight the power and austerity of nature amidst the ongoing environmental and atmospheric destruction that is taking place globally.” 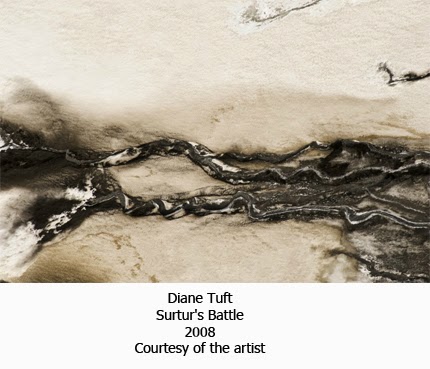 Are you paying more than $5 for each pack of cigarettes? I buy my cigs at Duty Free Depot and I'm saving over 60% on cigs.

Vaporfi is the most recommended electronic cigarettes provider out there.