An Art of Many Parts 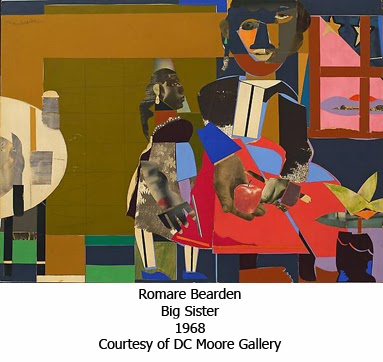 “This is what I have tried to do in my collages:
To bring the African American experience into art
and give it a universal dimension.”
Romare Bearden

African American artist Romare Bearden was a man of many parts. He was a social worker, a student of philosophy, a jazz musician and composer, a writer, and an artist. In the latter years of his life he was awarded honorary doctorates by seven American universities in the fields of Fine Art and Literature.

His first forays into art were as a cartoonist for satirical student publications on the campuses where he was studying for a degree in Education. After graduation, whilst studying at New York’s Arts Students league his political cartoons were published in African/American newspapers.

He enjoyed early success with his painting but as abstract expressionism took hold this dwindled and a disillusioned Bearden decamped to Paris to study art history and philosophy at the Sorbonne. Whilst there he met and became friends with Pablo Picasso, Fernand Leger and Constantin Brancusi.

His return to America saw him concentrate more on his music that his art although he experimented with abstraction. It was in the early 1960's that Bearden truly found his artistic voice.

Inspired by Picasso’s earlier work with collage and Matisse’s later cut outs, Bearden found the perfect way to express his ideas. Through the use of collage he was able to articulate the Negro experience from both the rural south and the urban north that he had lived. As he said ''I believe that it was because I had something unique to say about the life that I knew best. I took an art form that was different. What I had to say took a little different form than most of the paintings around; I used the collage. Especially in some of the earlier collages that I did, I chose some of the photographic materials for a certain reason. I wanted to give an immediacy, like a documentary movie.''

Bearden today is regarded as America’s master of collage, a discipline that, like his life, is made of many parts. “The artist has to be something like the whale,” he once said “swimming with his mouth wide open, absorbing everything until he has what he needs.”

The High Museum of Art in Atlanta currently has A Painter's Profile: The High Celebrates Romare Bearden on show until the 31st of May. And New York’s Columbia University Wallach Art Gallery is showing Romare Bearden: A Black Odyssey until 14th of March. 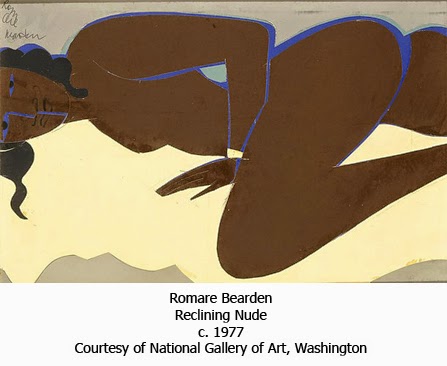