The Serenity of Hope – The Art of Jean Paul Lemieux 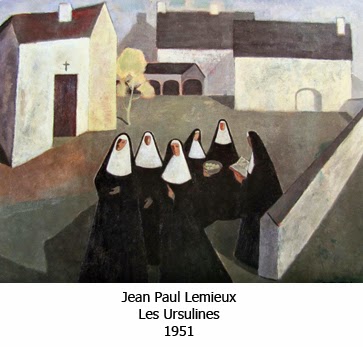 “The Physical world around me interests me only because it allows me to picture my inner self.”
Jean Paul Lemieux

Greek myth has it that when Pandora opened her box all the troubles that beset the world flew out except for hope; the optimistic state of mind based on the expectation of positive outcome. It is said to be the underlying attribute of the somber and austere paintings of Canadian artist Jean Paul Lemieux’s almost minimalist rendered landscapes with their often solitary figures that endears them to their audience. And even when he painted groups of people they seem to be apart lost in their own reverie.

Credited with the revitalization of Canadian landscape painting, the softly spoken, gentle artist creates the quiet beauty of being human. In 1967 he said of his work “I have on theories. In my landscapes and my characters I try to express the solitude we all have to live with, and each painting, the inner world of my memories.”

Describing his working methods, his daughter, Anne Sophie, wrote “He liked to work alone, steeped in a silence that allowed him to hear his inner voice and to construct with brush and paint his inner world. This silence passed into his painting.”

Working during the latter half of the 20th Century when abstraction had engulfed expressionism Lemieux expression was one sympathetic to the relationship of an often harsh environment with the people who inhabit it. Like the European expeditions into a new world where the hope of a successful journey was the prerequisite of survival.

Lemieux’s works are one of the highlights of the Eyes on Quebec exhibition at Ontario’s McMichael Canadian Art Collection which is on show until the 1st of February. 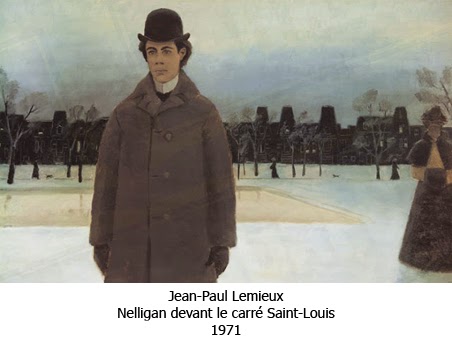