MONA – A Fundament of Success 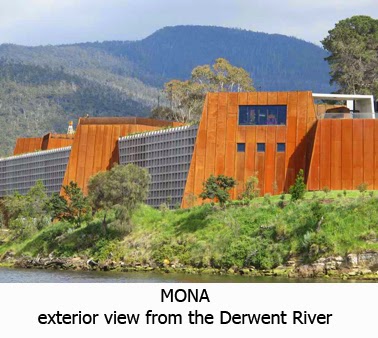 Tasmania is Australia’s most southern state, next stop Antarctica. It’s not the picture postcard version of the wide brown land down under. But it is home to the southern hemisphere’s largest private museum. With exhibition spaces that rival institutional galleries the Museum of Old and New Art (MONA) is home to the private collection of the bookies nemesis, David Walsh, along with a regular calendar of touring exhibitions.

A salve to his conscience, Walsh made his millions from gambling, MONA he says is his “debt for getting lucky in a way that does no one any good”. Situated on the banks of the Derwent River, a rifle shot from the Tasmanian capital, Hobart, the exterior of the building seems to channel the armor worn by Australia’s iconic folk hero Ned Kelly when he challenged authority at the Victorian country town of Glenrowan.

With no board of trustees or institutional committee to worry about Walsh can indulge his own artistic vision for the museum’s subterranean galleries. A vision in which sex and death are major themes, they are the two most fundamentals of human endeavors, Walsh says, the pursuit of one, the avoidance of the other.

As master of his own destiny he can tap into the larrikin ethic so beloved in Australia’s view of itself. This is most evident in the museums often tongue in cheek marketing using the back handed compliment to underscore the gravitas of the moment.

It is a stratagem that has served the museum well. In three short years it has become the go to gallery in the antipodes, as a tourist destination and as a serious player in the contemporary art world. Tourism Tasmania CEO Tony Mayell said “They don’t say they’re going to Tasmania, all year long people from all walks of life have said: ‘oh we’re going to MONA this weekend’ and we all know where that is.” Likewise Kathy Keele the CEO of Australia’s peak arts body The Australia Council states “It’s put Hobart on the map.” The Lonely Planet listed it at number seven of places to visit worldwide in 2013 and CNN described MONA as the “worlds most far out museum”.

MONA’s latest touring exhibition is a co-production with Munich’s Haus Der Kunst of Matthew Barney’s "River of Fundament." Six years in the making, “River of Fundament” took its inspiration from Norman Mailer’s novel “Ancient Evenings” and is a sprawling epic-length symphonic film, live performance, 14 large-scale sculptures weighing up to 25 tons, drawings, photographs and storyboards. It premiered in Munich in March of this year and will be on show at MONA until the 13 of April next year. 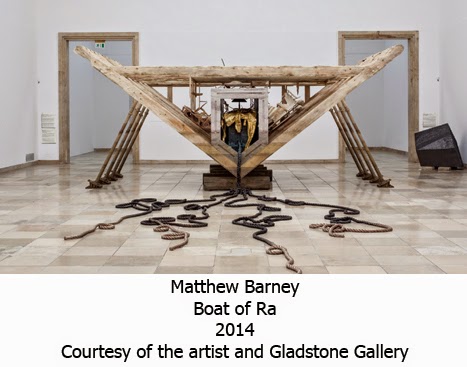 Start following our signals today & gain up to 270% per day.