Pictures of Pictures – The Art of Anne Collier 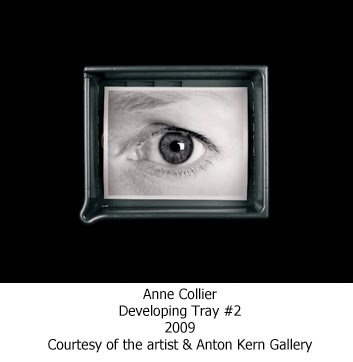 “I've always liked how popular music can walk a fine line between sentimentality and profundity, in ways that visual art rarely finds an equivalent for.”
Anne Collier

Photographs are essentially documentation; here is an object and this is what it looks like. The context in which it is placed infuses the portrayed image with additional meaning that in most cases for the images surrounding our daily lives includes a sales pitch. A sunset to sell a holiday, an artistic nude to sell a camera or the glamorous lifestyle associated with the latest consumer goods be it a condo or a pair of jeans.

American photographer Anne Collier utilizing the clarity of hindsight de-contextualizes mass media and popular culture images from of the 1960s, 1970s, and 1980s. Employing a dead-pan aesthetic of a white and /or black background she photographs photos. ”Like the white cube gallery space, these visual devices serve to distance individual objects from their original circumstances or context, creating a space that is somehow both specific and ambiguous,” she has said.

The New York Times, Karen Rosenberg wrote in 2012 "Anne Collier’s photographs of vintage books, album covers, posters and other ephemera, taken in an antiseptic white studio, look studiously detached at first. But after some time they reveal themselves as sensitive and involved responses to an earlier generation’s visual culture."

Presented in a still life format with often a ‘lived in’ feel, Collier’s meticulously arranged compositions reveal her interest in the history of photography as an art medium along with an intellectual inquiry into its meanings.

As she told Nottingham Contemporary’s Alex Farquharson “I’m interested in depicting different manifestations of photographic imagery: how photography is employed in relation to everyday objects such as magazines, record sleeves, posters, etc., and how these mass-circulated things can absorb – and illuminate - our own narratives.”

A retrospective of Anne Collier’s work is on show at Chicago’s Museum of Contemporary Art until the 8th of March. 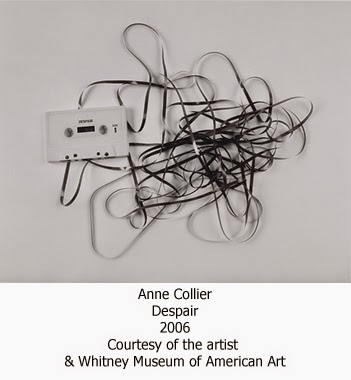