A Man in the Moon - Robert Rauschenberg’s Stoned Moon Series 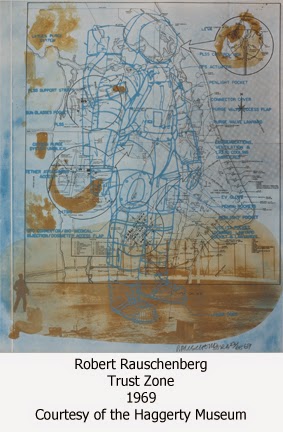 "That's one small step for [a] man, one giant leap for mankind."
Neil Armstrong

These words uttered by the first man to walk on the moon in 1969 commemorate a unique moment in human history. As one of the seven artists invited by NASA to document the Apollo 11 mission, Robert Rauschenberg’s impressions of the event combine the wonder and trepidation experienced by the 450 million people worldwide who watched the event unfold.

Rauschenberg had a reputation for the innovative use of materials and methods from his earlier “Combine” works, a pivotal series that paved the way from Abstract Expressionism to the later movements of Pop and Conceptual art. About the Combine works he claimed he “wanted something other than what I could make myself and I wanted to use the surprise and the collectiveness and the generosity of finding surprises. And if it wasn't a surprise at first, by the time I got through with it, it was. So the object itself was changed by its context and therefore it became a new thing."

The resultant Stoned Moon Series of 34 lithographs along with 19 drawings and collages that came from the Apollo 11 commission are a mash up of images from NASA's archives with photographs from various media outlets and his own work. For Rauschenberg the potential collaboration between man and technology offered by the space program was a glimmer of hope in the turbulent 1960’s. “The whole project seemed one of the only things at that time that was not concerned with war and destruction,” he has said.

Twenty years later he set up the Robert Rauschenberg Foundation to perpetrate his philosophy that art can change the world. Apart from ensuring access to his work and providing residencies for emerging and established artists the Foundation creates philanthropic initiatives that connect art, culture and creativity with important issues such as education and climate change.

Rauschenberg’s Stoned Moon Series is currently on show at the Cantor Arts Center until the 16th of March next year. 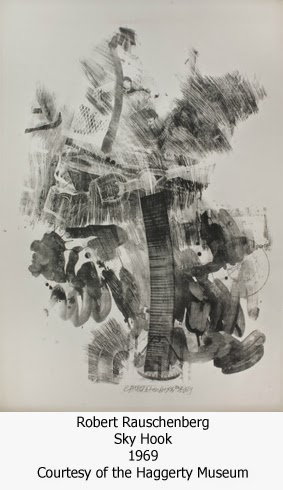