The Music of Painting – The Art of Paul Klee 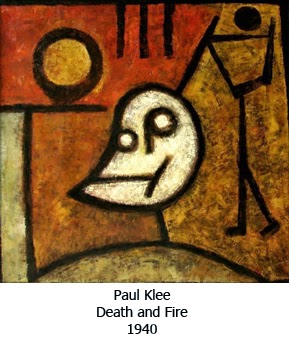 Paul Klee was a talented violinist with, it is said, a fondness for the music of Bach and Mozart. He was also a natural draftsman as his school books and early exhibitions of etchings attest. During his formative years he vacillated between these two art forms but, fortunately for those of us with a passion for the visual arts, music came second. Although he kept food on the table through his musical gigs until his paintings started to sell in his thirties.

Considered one of the greatest colorists of the 20th Century where his theories about music and color combine in improvisations which he likened to the melody of the work, it was not always the case. He struggled with color until he was 35 and visited Tunisia. About which he wrote “Color has taken possession of me; no longer do I have to chase after it, I know that it has hold of me forever. That is the significance of this blessed moment. Color and I are one. I am a painter.”

Blessed with an ironic sense of humor, often noticeable in his titles, Klee was man of his times and as such has been associated with Expressionism, Cubism, Futurism, Surrealism and Abstraction. His work, whilst influenced, stands independently apart.

It is reported that Klee practiced the violin before painting and once in the studio would work on several canvases simultaneously. And like a composer he notated his drawings and paintings with a number and date cataloging their sequence in time.

As the Austrian poet Rainer Maria Rilke wrote about Klee’s workin 1921, "Even if you hadn’t told me he plays the violin, I would have guessed that on many occasions his drawings were transcriptions of music." A thought picked up by the Guardian Newspaper's art critic Adrian Searle in 2013, "One day he might be arranging a composition of fish and flowers and clocks, the next little colored rectangles that come and go with a wonderful musicality, and never quite settle down." 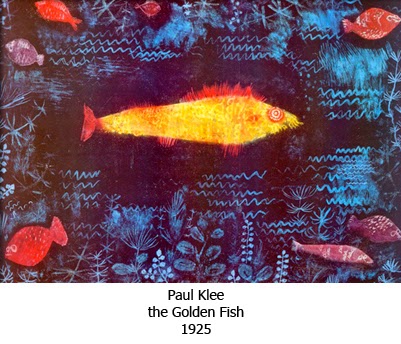