The Price of Fame II 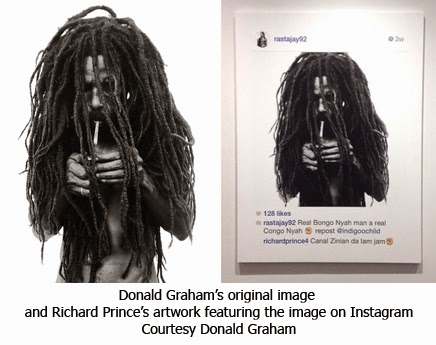 “Making art has never been a mystery to me.
It's never been something that's very difficult.”
Richard Prince

As a general rule of thumb anything you post on the internet you should expect to be stolen. And if you are lucky it will be by someone with a wider audience than your own and if you’re very lucky your name will be attached. It is what makes the internet in general and social media in particular work, although this act is now commonly called appropriation.

Within the arts appropriation has a long and glorious history which caused the 20th century master, Pablo Picasso to remark “Good artist’s copy, great artist’s steal.” Which for American artist Richard Prince, it’s a phrase that could be considered his calling card.

From his Marlboro Man to his Nurses, Prince has appropriated other artist’s works made some slight alterations and called them his own. And now that he has become successful (read multi millionaire) from turning illustrations into art works the originators are starting to sue for breach of copyright.
Last year Price settled out of court a breach of copyright claim by Patrick Cariou, from whose 2000 book, “Yes Rasta”, Prince had lifted images for his series “Canal Zone.” One court said it was, a second court said it wasn’t and no doubt a trip to the Supreme Court was an expense nobody wanted.

In February of this year Price received the opening salvo of new breach of copyright suit in the form of a cease and desist letter from the Seattle-based photographer Donald Graham regarding his photograph “Rastafarian Smoking a Joint, Jamaica” which was included in Prince’s 2014 exhibition New Portraits. Whether Price was aware that Graham took the photograph is an open question as Prince lifted it from Instagram user @rastajay92 who had reposted it from @indigoochild.

There is no evidence at this time that cease and desist letters have been sent to the bloggers but then they are not selling prints which Hyperallergic reports “the artist’s so-called “Instagram paintings,” each of which, if we’re to believe an anonymous source of the New York Post, are selling for around $100,000.”

Prince almost got it right when he told the Interview Magazine’s Glen O’Brien back in 2009 “But the art world is pretty tight even though the biggest thing that's happened to it is the auctions, which are the only reason people on the outside know anything about it.”

Prince’s current exhibition Original is on show at Gagosian’s 976 Madison Avenue, New York gallery until the 20th of June. 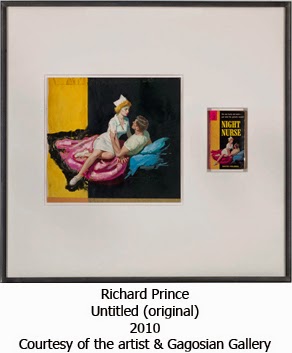