It’s All Been Said 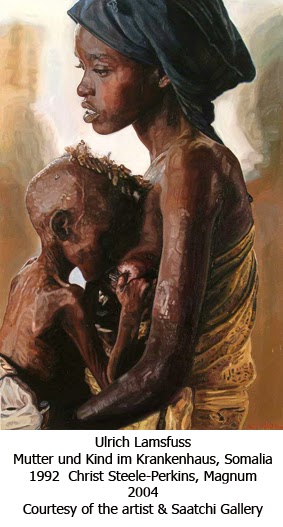 “If I like a picture, I paint it.”
Ulrich Lamsfuss

The German artist Ulrich Lamsfuss appropriates the images he paints from a wide variety of sources. From luxury brand advertisements to documentary images, from nature photography to fashion spreads, all are grist for his mill. And it’s a mill that grinds exceeding slow and fine, as he reproduces the found image in oil paint, taking weeks if not months to complete that which was made in the blink of an eye.

As he says “The zeitgeist is defined by attention deficit disorder and that really makes me want to move slowly and with exactitude. So I slow it down to a maximum of ten images a year - in the end, my dream would be to keep on painting one image over and over again.”

A dream he partially realized in 2005 with his exhibition Pet Sounds. Lamsfuss painted multiples of each image in the exhibition and held simultaneous exhibitions in New York and Los Angeles. Named after the Beach Boys 1966 concept album which has been likened to the expression of lost innocence, Lamsfuss mused to The Fader in relation to the exhibition's name choice “Maybe I am a little uneasy about being an artist.”

Growing up in the 1970’s and 80’s with radical parents, Lamsfuss is definitely uneasy with the spoken word. As he said in a Lombard Fried Gallery interview “My parents are teachers and active 68ers which made pretty clear to me that words are just words and that the power of pictures is more relevant to understand[ing].”

With his found pictures, Lamsfuss works in a studio setting “I need a steady private place for perfect contemplation” he says.  To which he added, “My painting-technique is basically none. It’s just about putting directly the right colour on the canvas exactly where I find it on the original. It is more about plotting. I wanted to have a straight, non-artistic, just dry, honest and evident surface (and work). You can follow every brushstroke; you can see and understand how it is done.”

About his choice of subject matter Lamsfuss says “Wherever I go somebody has been there before; everything is said just not by everybody. The only way of being authentic is by admitting that you can’t (really be differrent).

And as he told Claudia Seidel, not completely tongue in cheek, “Perhaps I’m quite classically an angry young man who gets angry that there’s nothing to get angry about any more.”

Lamsfuss’ current exhibition Nitidezza is on show at Paris’ Galerie Templon until the 30th of May. 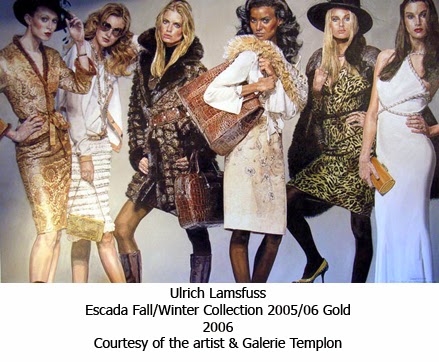