The Art of Painting 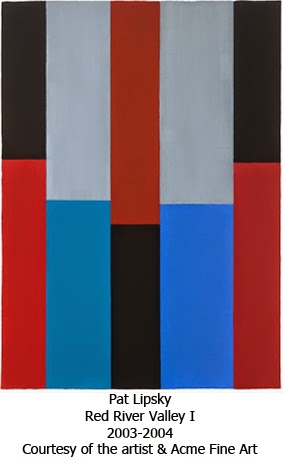 “I believe in art, in making art.
That, along with being a mother,
has been the focus of my life.”
Pat Lipsky

When asked “What got you interested in art?” the American abstract painter Pat Lipsky replied “I was good at it.” As she elaborated to The Art Students League of New York’s Executive Director, Ira Goldberg, ”My mother, you could say, was very ambitious. I had dance classes. I played the piano— total disaster. My father was interested in poetry. My parents had met at a poetry class. So it was a very arty background. I was interested in many things. I seemed to be pretty good at painting.”

Her ability was confirmed when at 16 her self portrait won first prize in the New York City Scholastic Art Award. Her work was shown at the New York Coliseum and acquired by Hallmark Cards. Lipsky was also offered a four-year scholarship at Miami University. An offer she rejected, Lipsky elected to attend Cornell University instead. As she said “I wanted to study art, but also be in a college that was demanding.”

This was followed by four years at New York’s Hunter College towards the end of which Lipsky considered herself a painter. “I had gone to the studios at Hunter almost every day, as a painter would, and produced a body of work. I had my first solo show two years after graduating,” She has said.

A dedicated abstractionist Lipsky’s major concern is with color and the relationships between them, as she has explained, “It’s about the painting being a metaphor for truth. It’s about truth. It’s about honesty. I use color as the way to show that because I have a deep inherent feeling for color.”

Even her 2001 to 2003 figurative body of work is primarily about color. As she told the Lalitamba Journal “My series, Les Vitraux, “stained glass windows” in French, has to do with color. I was strongly influenced by the 12th and 13th century windows in French cathedrals like Chartres, Bourges, Le Man, Troyes and others that I visited between 2000 and 2004. I was impressed by the fauve colors that these glassmakers invented. I thought that they were the true Fauve. I decided to do a series entirely different from my other work, based on these charming medieval images that were clearly inspired by religion.”

With a career spanning over five decades Lipsky still considers herself a painter, for as she has said “I don’t like the word artist. It sounds pretentious to me. Matisse considered himself a painter, and Picasso thought of himself as an artist. I prefer Matisse.”

Her latest exhibition of paintings Pat Lipsky: Twenty Years is currently on show at Boston’s Acme Fine Art until the 25th of April. 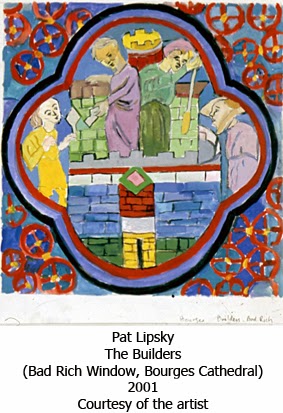