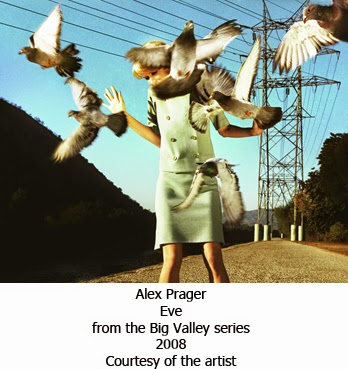 The self taught American photographer Alex Prager first showed her pictures in the laundry room of the apartment building she then called home. As she told American Photo’s Marc Erwin Babej, “At the time, I was living in an apartment building in Korea Town. I used to hang up pictures in the laundry room and in the morning I would see which pictures were gone. That way, I could see what people liked.”

Prager grew up amidst the glamour and artifice of Hollywood and at the age of 20 she was working as a receptionist, a long term prospect that horrified her. She yearned for something that she could feel passionate about. “So I started going to museums and art shows, and wanted to see if I could draw or paint. When I was 21, I came across the Eggleston exhibit at the Getty Museum. Within one week, I bought a used Nikon N90-S and equipment on EBay,” she recalls. Fortunately for the novice photographer it came with a manual on how to use darkroom equipment.

Prager’s first photographic forays were in the street photography genre, but it was not long before the siren call of her home town’s famed industry became the driving force for the work that has become her signature.

Dramatic staged photographs that recall the golden years of Hollywood with their over the top production values in general and lighting in particular. As she has said, “With that kind of lighting, anything can happen. It draws you in. There can be a lot of dark things happening – things that might not have been pleasant to watch, but the lighting aestheticizes them and makes watching the movie irresistible.”

Likewise the use of saturated color in her work, as Prager told the Guardian Newspaper’s Alexandra Spring, “I thought it added this strange lie on top of the truth that I thought was just a little bit creepier and more interesting to work with. When it’s over the top with saturation and blue skies and bright red lips, over-the-top Kodachrome, I think it plays into our nostalgia and our familiarity … but do we really know what’s going in that picture? It’s always that thing that throws you off balance.”

To which Prager added, “You really feel like you are not quite sure what world you are in, if it’s real or if it’s fake and I think that’s something we can relate to in the world that we are living in right now.” 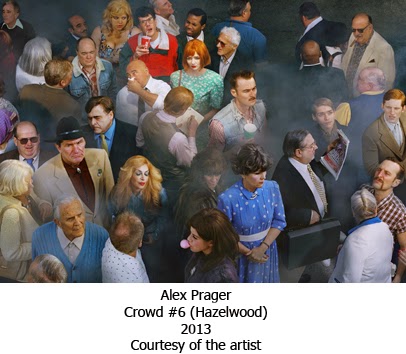