Memories in the Landscape 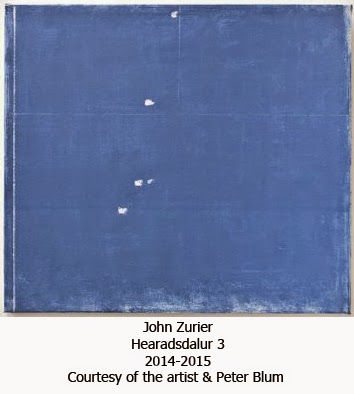 “A memory on the verge – for me, that’s a pleasurable sensation.”
John Zurier

Every summer for the last four years the American abstract painter John Zurier has traveled to Iceland to experience living in the landscape there and collect memories for his paintings. As he told the San Francisco Chronicle, “It’s a very cold light there. The effect is so subtle that there often isn’t a lot of strong contrast. And there’s a long extended twilight that lasts till 1:30 in the morning. I like the challenge of, ‘How can I re-create this light, which is so low contrast?’”

Upon his return to his Californian home with its Mediterranean light of strong contrasts Zurier paints his minimalist works from his memories. “A lot of the way I work is through memory of things — memory of color, experiences. I come back and start a painting and it’s through the painting of it that I realize, “Oh, I know where this is. I know what this is. This relates to this point here,” he explained to KQED Arts Matthew Harrison Tedford.

Zurier grew up surrounded by modern art; his parents were collectors and had Mirós, Motherwells, Diebenkorns along with paintings by the German Expressionists hanging on their walls. As a child, Zurier observed their colors changing during the day and even childishly wondered “what the paintings did at night.”

A high school interest in Japanese gardens led him to study landscape architecture at the University of California in Berkeley. As he recalled with the Huffington Post’s John Seed, “It took some time for me to realize that my interest in gardens was mostly metaphorical, and that the traditional Japanese aesthetic principals of simplicity, suggestion, incompleteness, and impoverishment, could be guiding principles for my painting.”

As he says in his artist’s statement “I remember the first painting problem that really engaged me. I tried to paint the sky seen between two buildings so that the whole of my painting would be nothing but an empty blue space. I wanted the painting to be filled with a pale empty sky. I thought it would be very easy to do, but found it nearly impossible. The painting was a failure and I had to put it off for a long time.”

It is a problem that Zurier seems to have now conquered. For as artcritical’s John Zurier said in his review of his latest exhibition “Zurier has combined thoroughly any influences on his process to come up with a singular expression for his own thoughts and experiences."

His latest exhibition John Zurier: West of the Future is currently on show at New York’s Peter Blum Gallery until the 4th of April.

If you enjoyed this story and would like to read more stories like it in the future
contribute to Enable the Expat to keep The Expat alive. 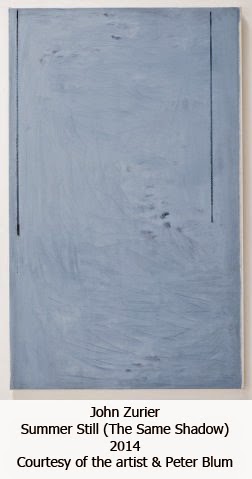 If you need your ex-girlfriend or ex-boyfriend to come crawling back to you on their knees (even if they're dating somebody else now) you must watch this video
right away...

(VIDEO) Text Your Ex Back?