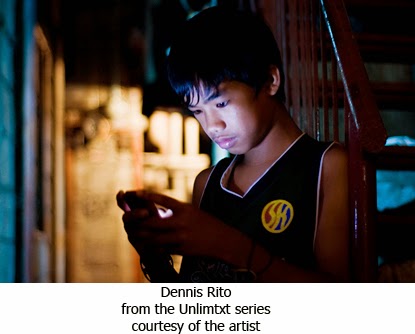 "Today a lot of photography is crossing the boundary between documentary and fine art.”
Dennis Rito

On the evenings prior to a long weekend the chaotic traffic in the Philippine capital of Manila becomes even more so. Likewise on the evening of the long weekend’s last day a repeat performance is conducted. For it is the economic imperative of employment that causes a significant number of Manila’s residents to reside in the capital; their hearts reside in their rural origins. And a full day at “home” is not to be missed.

Amongst this number photographer Dennis Rito can be counted. As he told The Expat by email “I like Manila purely for economic reasons - money is easy to find here. But at the same time, I hate Manila for its pollution and noise. And if I got the chance, I would go back and live in the province, or a rural area just outside the city. I still yearn for a simple and quiet life.”

The eldest of eight Rito grew up in the town of Oas some 400 kilometers south of Manila. A self taught artist, Rito’s first forays into art consisted of him defacing the walls of the family home. As he recalled, “At age 5, I began sketching using the wooden walls of our humble home as my canvas and charcoals from our wooden stove as my drawing medium. I would often fill our walls with larger than life graffiti – a sight that often sent my mother into a raging crescendo of shrieks with her strong hands holding a stick. But my mother’s scolding didn’t prevent me from doing my graffiti.”

In elementary school Rito discovered the local library’s collection of art books and he immersed himself in the study of painting and calligraphy along with the movements and artists who have shaped the art world. He was also apprenticed to a local sign artist and by the time he was in high school Rito was selling his own silkscreen prints.

After graduating from high school Rito moved to Manila in search of employment. Which he found with a fish food manufacturer and is currently their marketing coordinator. A fascination with glossy magazines and their stories about various cultures, exotic locations and social issues saw Rito embrace photography as his artistic medium of choice.

Working in series, driven by the Filipino experience his essentially documentary photographs are infused with his love of fine art which has seen his work exhibited not only in the Philippines but in Asia, the Middle East and Europe. More often than not his landscapes and portraits are untitled, left to stand on their own two feet without the crutch of words. “But the thing is,” he laments, “ a lot of photo editors (news) require a caption be included in the photo.”

More examples of Rito’s work can be found at his website, here. 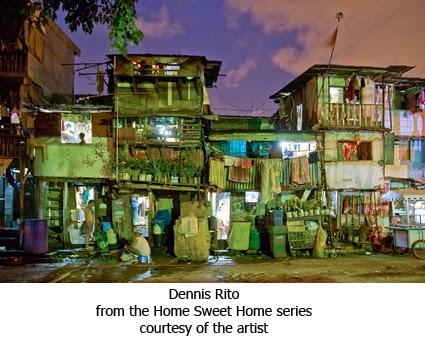 Start following our signals NOW and gain up to 270% a day.