The What and Where of Expressionism - An Exhibition 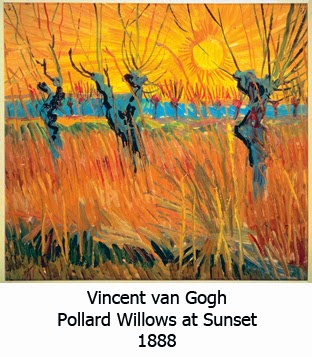 The story of Vincent Van Gogh is one of the best known in the annals of art, the tormented artist, struggling in obscurity only to die by his own hand at the age of 37. What is less well known is that a little over a decade after his death an exhibition of 71 of his post impressionist paintings was held in Paris, the undisputed capital of the art world at that time. And between 1901 and 1909 Germany hosted a further 33 exhibitions of his work.

Along with Gauguin, Cezanne and Henri Matisse he sowed the seeds of the 20th Century’s most enduring ism in art, Expressionism, a movement that paved the way for the perceived center of artistic endeavor and excellence to shift from Paris to New York.

Friedrich Nietzsche’s 1882 declaration “God is dead” coupled with an increase in scientific questioning and it was only a matter of time for the subjective in art to surface. Expressionism was the result which has survived to today where subjective motivation in art is a given.

With France and Germany being rivals since the 16th Century and having a common border that has changed almost as many times as the weather, a French lead demanded a German reply. Enter Ernst Ludwig Kirchner, Emil Nolde, Max Pechstein and perhaps most importantly Wassily Kandinsky with his evolving abstract sensibilities. They kept the color and the freedom and dumped what they called the stuffy, bourgeois properties of the rest.

The current exhibition From Van Gogh to Kandinsky: Impressionism to Expressionism, 1900 – 1914 at the Montreal Museum of Fine Arts explores its birth. Formerly on show at the Los Angeles County Museum of Art from April to September with the somewhat more stuffy title of Expressionism in Germany and France: From Van Gogh to Kandinsky it is a scholarly show rather than the blockbuster the names would suggest.

For every name on show there is an also ran. However the frame for the exhibition is as the show’s curator, Timothy Benson, opined “What is expressionism and where did it come from?” 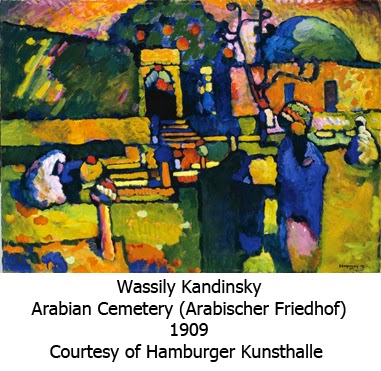