If You Build It – They Will Come 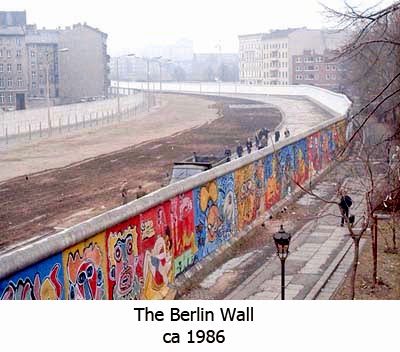 Like ants to a honey pot graffiti artists are attracted to the fresh canvas an unadorned wall presents. Should that canvas divide a community it will become home to expressions about the division by all and sundry. From simple tags to complex street art a stern drab becomes the colorful. It lasts until painted over by either the authorities or another artist or for as long as the wall stands.

Like the Berlin Wall that today celebrates the 25th anniversary of its fall. It was first painted on the West Berlin side by Thierry Noir in 1984. With the wall being actually situated in East Berlin his paintings needed to be executed quickly whilst watching out for the East German border guards. As he says “Two ideas, three colors, you stir the whole thing up, and the picture is done.”

Other artists such as Indiano, Keith Haring and Kiddy Citny along with a host of anonymous contributors produced miles of artwork often painting over existing works. The eastern side of the wall remained blank.

Today there are over 100 segments of the wall around the world. They can be found in museums, hotel and corporation lobbies, universities, government buildings and public spaces.

Berlin’s wall may no longer be, but its successor, Israeli West Bank barrier (The Palestinian Wall), has started down the same road. A canvas that is seven times the length of its parent it has attracted the attention of Swoon, Blu, Ron English and Britain’s best known street artist Banksy, among others. Like their German predecessors these illegal artworks are produced under the ever watchful eye of the military.

About this particular wall, perhaps the best description comes from Banksy when he says it’s "the ultimate activity holiday destination for graffiti writers" 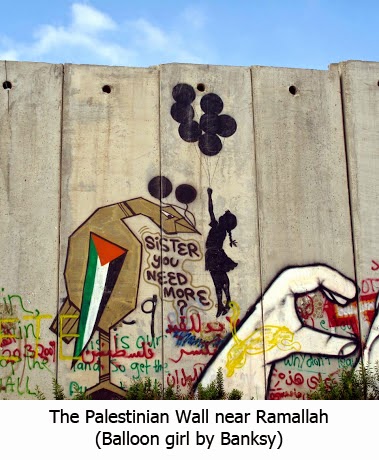