From Sunday Painter to Modern Master – The Art of Henri Rousseau 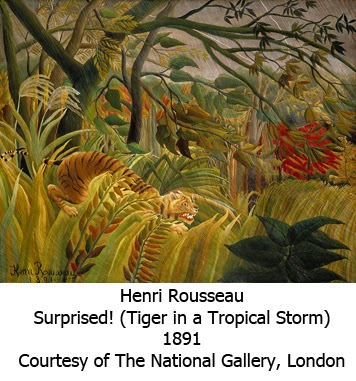 At the age of 49 Henri Rousseau turned his life on its head. He abandoned the relative financial security of a petty civil servant, a collector of tolls for the City of Paris to follow his dream. Rousseau had taken up painting on Sundays, his day off, some 14 years earlier and with his friend the green grocer, Claude Juniet, they would explore the Parisian suburbs.

Now with a modest pension, which he augmented by giving drawing and music lessons and busking with his violin, he was able to spend the next 17 years perfecting his unique form of art.

That his work is unique is undisputed. With bright colors, attention to detail and a simplified storybook style Rousseau’s work almost defies categorization, naïve and /or primitive are usually trotted out to try and pigeon hole his art.

The initial reception of his work when he exhibited at the Salon des Independants in 1886 was one of derision and ridicule. The French symbolist writer Alfred Jarry coined the mocking nickname Le Douanier, the customs officer; a reference to his day job and his status as an artist.

But Rousseau’s intriguing aesthetic, his expressive abilities and technical expertise have seen his work stand the test of time. His work has influenced many who followed him, the expressionists and the surrealists in particular.

Pablo Picasso, arguably the 20th Century’s greatest artist, was so enamored by Rousseau’s work that he honored him with tribute banquet and bought several of his canvases. Picasso later donated them to the Louvre fulfilling Rousseau’s rightly held ambition that his work should hang in France’s premier museum. 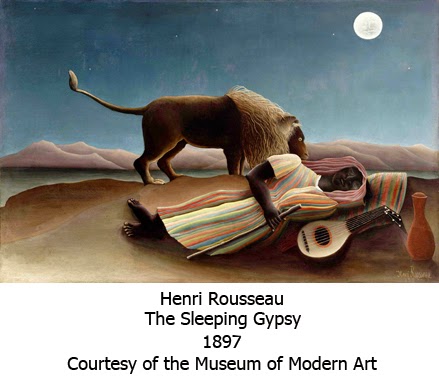