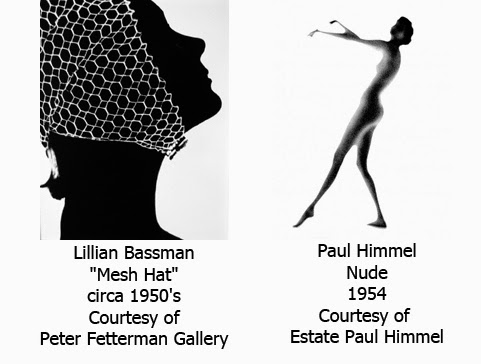 The art world is as fickle as those who inhabit it as the careers of Lillian Bassman and Paul Himmel attest. During the 1950’s and 60’s both had stellar careers in New York’s fashion industry. Bassman was an art director and photographer for Harper’s Bazaar and Junior Bazaar, Himmel was a photographer for Vogue and Harper’s Bazaar.

As the 60’s morphed into the 70’s they both became disillusioned with the world of fashion and dropped out of sight. For Bassman it was the shift in emphasis from the clothes to the model and a harder edge reality that that imposed. Her sense of style and her technical expertise in the darkroom were no longer required. Himmel  was “interested in beauty not in fashion” and the disinterest in his experimental ballet photography and his abstracted nudes disillusioned him so much that gave up photographer altogether and turned his hand to psychotherapy.

When the couple, they had been living together since they were 15 and 18 respectively, were in their 70’s a chance discovery saw their star began to shine once again. Whilst Bassman had destroyed a large amount of work there were some garbage bags of their photographs stashed away. Long time admirer of Bassman’s work, Martin Harrison, a fashion curator and historian, convinced her to relook at her work whilst organizing a show of Himmel's documentary photography.

Intrigued, Bassman reworked her images in the digital darkroom making them into images she liked rather than those her editors chose. In the process she gained a new generation of fans and a full blown revival of her career.

The latest of which is a posthumous joint exhibition with her husband, “Lillian Bassman & Paul Himmel; Two Lives for Photography,” at the Kunst Haus Wien as part of the sixth edition of Eyes On - Month of Photography Vienna.

About their photography Bassman has said "Paul is, I feel, a better photographer. His work is virile, it's more direct and he deals with world as it actually is. Photographically speaking, we're probably as close as you could come to opposites. I'm completely tied up with softness, fragility and the personal problems of a feminine world." 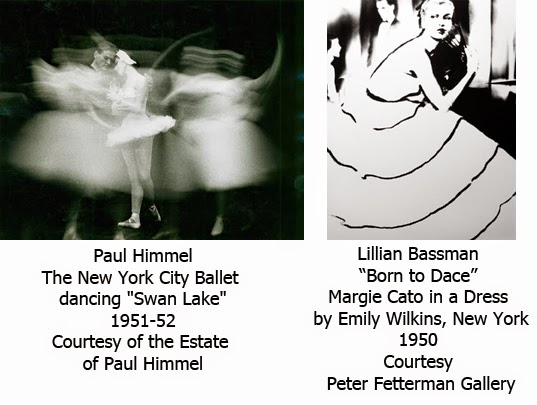