Has The First Dog on the Moon slipped his leash? 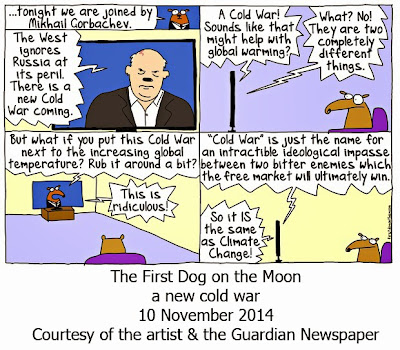 The fool of the middle ages was a respected member of their community often finding employment with the nobility as a Jester; a teller of truths.  Today the Editorial (Political) cartoonist has taken the place of the Jester, although still using hyperbole and satire to draw attention to corruption and other social ills.

The 17th Century diarist Samuel Pepys wrote about England’s King Charles II’s favourite Thomas Killigrew, calling him “The King's fool and jester, with the power to mock and revile even the most prominent without penalty". Additionally, Adrienne C, Lamb writing in her 1998 master’s thesis, Fair Game: Canadian Editorial Cartooning, wrote “In the same fashion, cartoonists replicate the role of the fool at times being both controversial and cruel. Political cartoons attempt to tear the deceitful mask from public figures.”

The printing press caused the medium to change from the performing arts of storytelling, song and acrobatics to the visual art of drawing along with the written word. It also expanded the audience from the nobleman’s household to the region. The internet has expanded this audience to one that can reach the world.

Political cartoonist The First Dog on the Moon, aka Andrew Marlton, has the talent to make the most of this situation. Discovered by Crikey.com his work was locked behind a pay wall. The casual reader was forced to wait weeks to see work. His migration in March this year to the Guardian Newspaper, as their Australian edition’s resident cartoonist, has seen his work come out into the open. 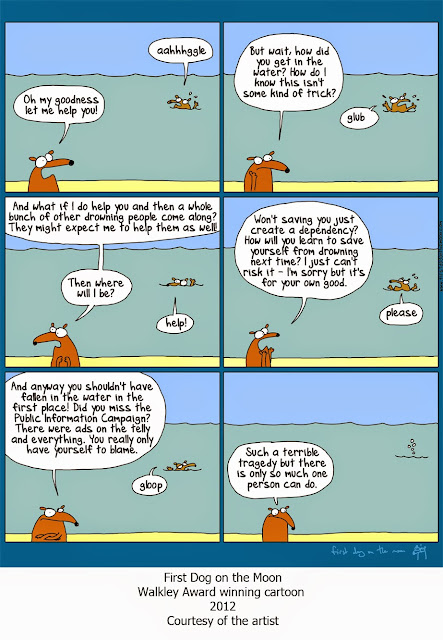 The prospect of appearing in their US and UK editions has seen the Walkley award-winning Cartoonist broaden his horizons. Whilst the Australian political scene has more than enough fodder for his work global issues are starting to gain traction.
Posted by Henry Bateman