“Why must art be static?” - Alexander Calder’s Kinetic Sculptures 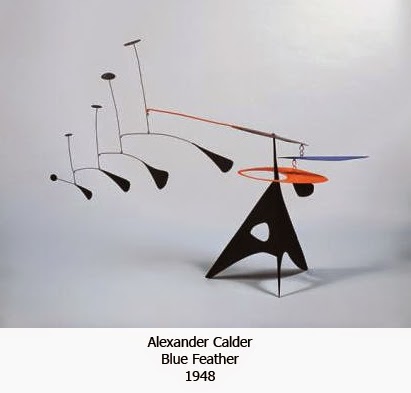 In 1922 off the coast of Guatemala whilst sailing between New York and San Francisco Alexander Calder experienced a simultaneous sun rise and moon set. About the experience he has said “I saw the beginning of a fiery red sunrise on one side and the moon looking like a silver coin on the other. Of the whole trip this impressed me most of all; it left me with a lasting sensation of the solar system.”

It was a pivotal moment in the 24 year olds life, perhaps his personal Road to Damascus, for he finally abandoned his career as a mechanical engineer to follow in the footsteps of his parents. His mother was a professional portrait painter and his father was a sculptor like his father before him.

The following year Calder began classes at New York’s Art Student League. He supported himself as an illustrator for the National Police Gazette during this time. One of his assignments for the Gazette was to produce illustrations of the Ringling Bros. and Barnum & Bailey Circus.

In 1926 Calder traveled to Paris and enrolled at Académie de la Grande Chaumière. He also started his ongoing sculptural performance work Cirque Calder; articulated wire and found object sculptures of circus performers whom Calder would manipulate to perform for friends, associates and eventually the general public. He adapted these skills into larger wire sculpture works; a drawing in space, which he exhibited with some success on both sides of the Atlantic.

A 1930 visit to Piet Mondrian's studio had a lasting impression. About this visit Calder said “This one visit gave me a shock that started things. Though I had heard the word "modern" before, I did not consciously know or feel the term "abstract. So now, at thirty-two, I wanted to paint and work in the abstract. And for two weeks or so, I painted very modest abstractions. At the end of this, I reverted to plastic work which was still abstract.”

A year later he exhibits his first “Mobile”, a name suggested by Marcel Duchamp upon his visit to Calder’s studio to see these mechanized abstract sculptures. Over the ensuing years Calder’s kinetic sculptures have become the signature works for which he is best known.

A selection of these works along with his “stabiles”, Calder’s often monumental simple forms executed in sheet metal, can currently be seen at Salem’s Peabody Essex Museum. Organized by the Los Angeles Community Museum of Art, Calder and Abstraction: From Avant-Garde to Iconic is on show at the Peabody until the 4th of January. 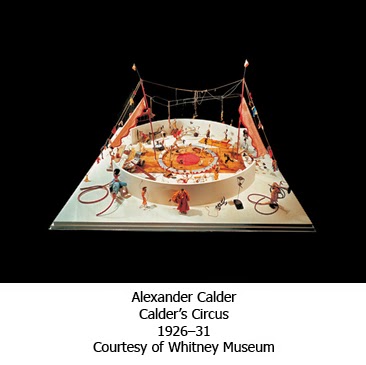