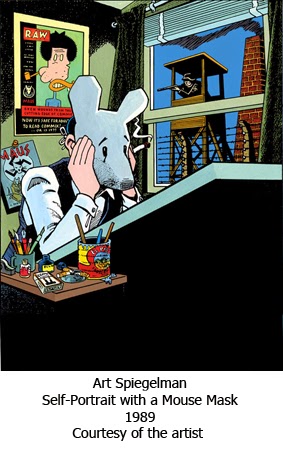 In 1992 Art Spiegelman was awarded a Pulitzer Prize under the Special Awards and Citations – Letters category for his comic strip Maus. An Anthropomorphic rendering of his families experiences of the Holocaust with the Jews represented as mice and the Nazis as cats. As the first comic book to be given such a distinction the name Graphic Novel was coined to celebrate the elevated status.

It’s an appellation Spiegelman is not all that crazy about. “I’m called the father of the modern graphic novel. If that’s true, I want a blood test,” he has said. “’Graphic novel’ sounds more respectable, but I prefer ‘comics’ because it credits the medium. [‘Comics’] is a dumb word, but that’s what they are.”

Spiegelman grew up on a diet of Mad Magazine comics, a genre that still enthuses him today. “ I would say, The Simpsons, The Daily Show, Colbert are among the healthiest aspects of American culture right now. And they have to do with carrying the genuine legacies of the earliest Mads forward,” he told the Tablet magazine’s David Samuels.

In the mid 1960’s whilst studying at Harpur College he freelanced for Topps Chewing Gum company designing trading cards. In the 1970’s Spiegelman moved to the American west coast and joined the counter cultural underground comix movement making a range of NSFW strips. At the end of the decade he began teaching at New York’s School of Visual Arts, a gig that lasted nine years. In association with his wife, Françoise Mouly, he also produced the publication Raw which provided an outlet for new and foreign cartoonists.

Spiegelman also created the Garbage Pail Kids series, a parody of the Cabbage Patch Kids dolls. About which says “A lot of people are imprinted with them, and it made a difference. I thought of it very consciously as taking my Mad lessons and passing them along dutifully to the next generation.”

After the success of Maus, Spiegelman joined The New Yorker and for a decade provided the weekly magazine with memorable and often controversial covers. But the shadow of Manus continued to loom large.

Currently a retrospective exhibition of Spiegelman’s work is on show at the Art Gallery of Ontario until the 15th of March. Art Spiegelman's CO-MIX: A Retrospective was created by Paris’ Galerie Martel, had a showing at New York’s Jewish Museum before coming to Toronto. 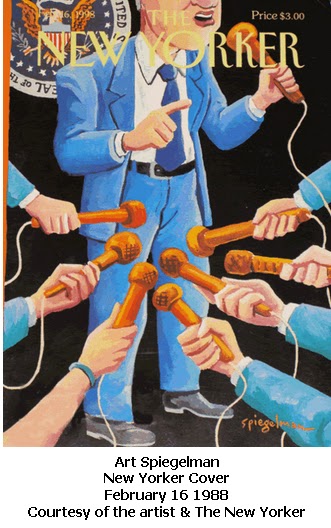