From Scathing Satire to Placid Painting – The Art of David Levine 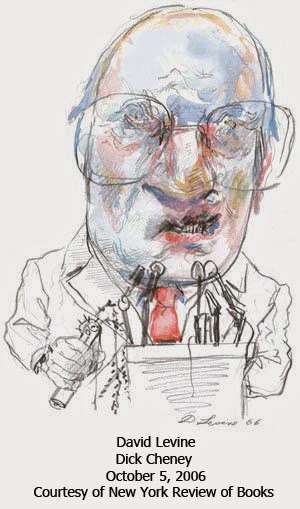 “The greatest caricaturist of the last half of the Twentieth Century”

In today’s media driven world where both sides of an argument must be given oxygen the relevant validity of the spin is often best explained through the visual exaggeration of their proponents; a caricature of the spokesperson. Be it Tina Fey’s impersonation of Sarah Palin on Saturday Night Live or David Levine’s cartoon of President Lyndon Johnson and his Vietnam scar they define their subject with greater clarity than any argument could express.

For over 40 years David Levine’s caricatures graced the pages of major American publications from the New York Review of Books to The New York Times, from Time magazine to the Rolling Stone, from Esquire magazine to Playboy. Be they politician or judge, playwright or pope, artist or scientist all his subjects had their pretensions pricked by his devastating visual wit. And all were presented without a caption. As he told Vanity Fair’s David Margolick, “If I can’t do it the way Charlie Chaplin did it, words are not going to help.”

Born in Brooklyn into a left leaning politically active family he considered himself a Communist; “a beautiful idea” that the Soviet regime ruined. Convinced that power corrupts his scorn for those in authority was nonpartisan. An attitude that caused art critic Hilton Kramer to write in the New York Times about Levine’s 1968 exhibition of caricatures “They are wickedly intelligent and shamelessly unfair.”

Whilst the commissioned caricatures paid the bills, Levine’s first love was painting, depicting his beloved Coney Island and the portraits of ordinary people. About which, art critic Maureen Mullarkey has written “None of Levine’s hard-edged burlesques prepare you for the sensuous satisfactions of his paintwork: the matte charm of his oil handling and the virtuoso refinement of his watercolors. Caustic humor gives way to unexpected gentleness in the paintings.”

The World He Saw, a mini retrospective of 38 paintings and 12 caricatures by Levine is on view until the 17th of January at New York’s Forum Gallery. 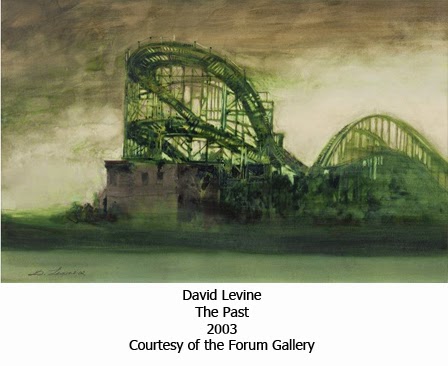