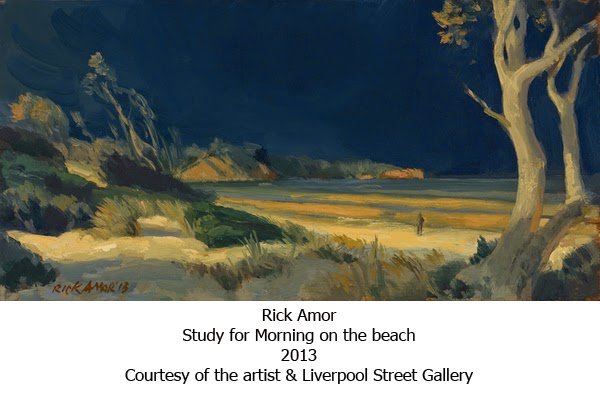 "I think it's becoming of an artist to be honest about themselves."
Rick Amor

The appointment of Rick Amor in 1999 as the Australian War Memorial’s Official War Artist for the Australian Army’s deployment of troops in East Timor was an astute choice. In Amor’s work there is a sense of desolation, an impending danger. As art critic John McDonald wrote in 2008 “His self portrait (as a drinker) of 1986-88 is one of the bleakest, hardest stares into the mirror in all Australian art.”

About his East Timor appointment Amor said “The sort of art I normally do, a lot of it deals with the aftermath, and it's rather sombre work. I also believe in taking art from reality. So I thought it would fit in perfectly with what I've been doing for the past ten years."

Now in his 60’s with successful battles against alcoholism and cancer behind him, Amor continues to paint his poignant still moments with their implication of the seen reality masking an offstage action. “One of the main themes in my work is the passing of time,’ he says. “The vanity of human wishes, things pass, things decay and the passing of time seems to have an emotional resonance with me. I keep on returning to it over and over again.”

He has also developed a reputation as a portrait painter. Perhaps his entering the Archibald Prize nine times has something to do with it. Whilst never having won that icon of Australian art he has been rewarded with a solo exhibition, 21 Portraits, at the National Portrait Gallery which is on show until the 1st of March 2015.

Five of the works in the exhibition are self portraits, for as Amor says “The artist paints self portraits because the model is always there – and free.” 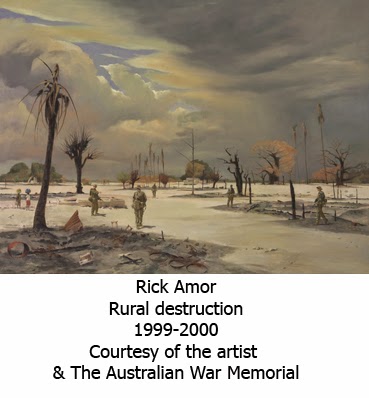