A Bridge to Today – The Art of Francisco Goya 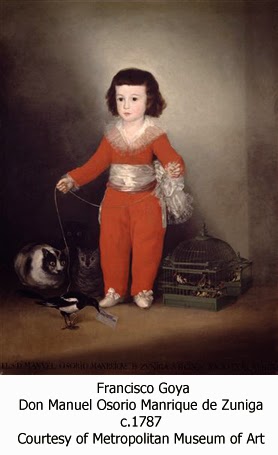 “The object of my work is to report the actuality of events. “
Francisco Goya

The Spanish artist Francisco Goya holds the distinction of being considered the last “old master” in the romantic tradition and the first modern master who had a profound influence on the likes of Pablo Picasso and Francis Bacon. Whilst being a celebrated 18th Century court painter commissioned to immortalize the rich and famous of his day, Goya also had a major interest in the here and now that far exceeded his interest in the world to come.

The epitome of the country boy who made good in the city his portraits often included social comments not only about the vanity of his subjects but also the position they held in the society over which they ruled. But such was the skill of his craft these potentially subversive tendencies were overlooked. As King Ferdinand VII of Spain is reported to have told Goya after the war with France “You deserve to be garroted, but you are a great artist so we forgive you."

In his late 40’s Goya became deaf and his work became much darker. He continued as a court painter but also produced experimental etchings of witches, ghosts and fantastic creatures. The onset of the French invasion of Spain when Goya was in his 60’s saw him cement himself into the modernist canon with its depictions of the atrocities he witnessed.

His lantern that illuminates the Third of May became the bare bulb of Picasso’s Guernica which shone a light onto the human suffering, without the grand heroics, that war entails and that all who follow would emulate.

His final suite of paintings, mostly on the walls of a farm house he bought outside Madrid, known as the “Black Paintings,” are macabre depictions of the human condition. In one of the best known the father devours his young; perhaps the ultimate description from a man who had seen too much and forgotten too little.

A current exhibition of his works Goya: Order and Disorder is on show at the Museum of Fine Arts, Boston until the 19th of January. 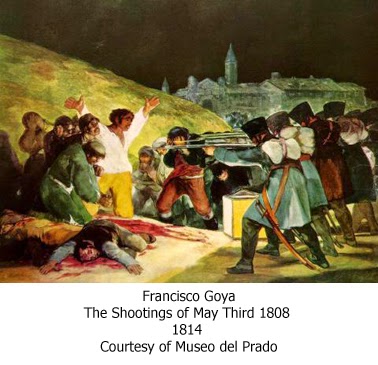