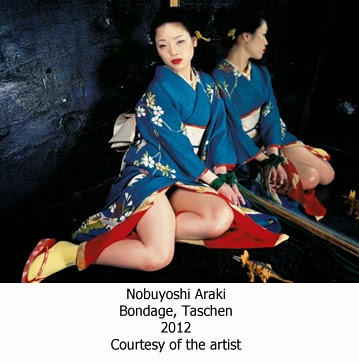 “Photography is lying, and I am a liar by nature.”
Nobuyoshi Araki

The Spanish, 20th Century master, Pablo Picasso said “Art is a lie that makes us realize truth.” The controversial and prolific Japanese photographer Nobuyoshi Araki is an embodiment of this sentiment through his perpetual focus on everyday life. As he has said “Photography is a secondary thing, because actual objects are true and photography is a lie and a merely a copy of reality.”

This reality seems to suggest that life is the meaning of life with sexuality being its underlying motive which shocks western audiences but has the ring of truth for the Japanese. As the Tate’s curator of photography, Simon Baker, told the Guardian newspaper "It's about the double standard associated with Japanese culture.  It's an incredibly polite, formal society on the surface, [but it] has this hidden underside of sexuality. Araki very effectively works on this relationship."

With over 450 books to his credit, one of his early publications Sentimental Journey is a photo essay of his 1971 honeymoon with his wife, Yoko, about which Araki has said “As to my honeymoon, I started taking photographs right away, beginning with our train ride, and then having sex. That is what everyone does on a honeymoon, so it is nothing special.”

This matter of fact approach along with an ability to relate to his models, often intimately, has allowed Araki to create a body of work that underscores his credo "life is itself photography."

A camera is Araki’s constant companion although he allows others to take the shot and from time to time he is a part of the picture. But claims the credit for himself, which rationalizes saying “the camera has the authorship, not the photographer. And I own the camera!

Hong Kong’s Aishonanzuka Gallery is currently exhibiting a selection of Araki’s photographs. Theater of Love is on show until the 17th of January, although the gallery is closed from the 25th of December to the 6th of January. 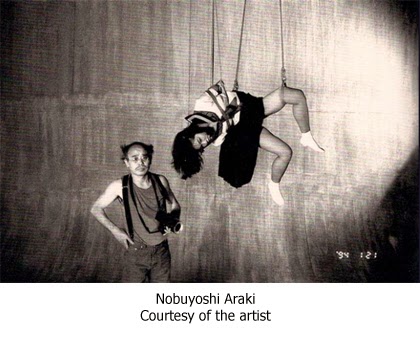