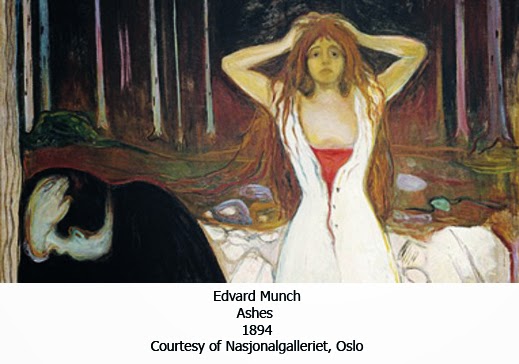 Best known for his painting The Scream, which like Da Vinci’s Mona Lisa has become a visual metaphor for the time of its creation, the Norwegian bachelor whose life was fueled by alcohol, Edvard Munch produced a great many more works of art than the 4 versions of this most famous of his works. Upon his death, a month after his 80th birthday, the executors to his estate found a collection of 1,008 paintings, 4,443 drawings and 15,391 prints locked away in his house. Munch considered his art works to be his children from which he could not bear to be parted.

A sickly child, Munch missed much of his formal education being bedridden where he would pass the time drawing. Brought up by his puritanical father, Munch’s mother died when he was five, he along with his siblings were often regaled by their father with ghost-stories and the tales of Edgar Allan Poe. At the age of 17 Munch decided to become a painter much to the dismay of his father who considered it to not only be an “unholy trade" but was aghast at its associated bohemian lifestyle.

A two year scholarship to study in Paris brought the post impressionist painters Paul Gauguin, Vincent van Gogh, and Henri de Toulouse-Lautrec and their use of color to express emotion into his orbit. A subsequent move to Berlin saw him frequent the company of writers, artists and critics including the Swedish dramatist August Strindberg whose portrait he painted in 1892.

It was here that Munch started his ambitious cycle of paintings Frieze of Life—A Poem about Life, Love and Death of which the 1893 version of The Scream was but one of the 22 paintings completed. The series also included such works as Death in the Sickroom, Anxiety, Ashes, Madonna and Women in Three Stages (from innocence to old age) to mention but a few. After almost a decade of work the full suite of the paintings was shown at 1902 Secessionist exhibition in Berlin. About these works Munch said "My art is really a voluntary confession and an attempt to explain to myself my relationship with life—it is, therefore, actually a sort of egoism, but I am constantly hoping that through this I can help others achieve clarity."

Munch is credited as the first Norwegian artist to produce a symbolist painting and was a major influence on the expressionist movement that flourished during the 20th Century. He is credited with stating "It's not the chair that should be painted, but what a person has felt at the sight of it." 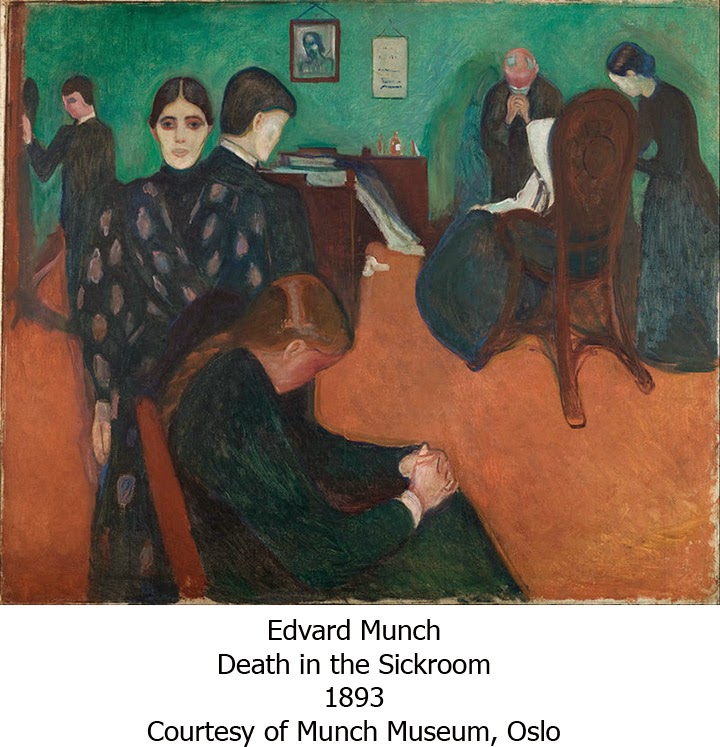