It has finally happened to me here in the Philippines. Just shortly after posting yesterdays piece about taking photographs I was requested to desist. Security at The Power Plant Mall confronted your happy shutterbug and advised that permission should be sought from the Mall administration to continue taking pics. It is private property so they have every right to do so.

At this time I haven’t been able to find anything definitive about photographer’s rights in the Philippines. Consequently I follow the lead from the information I have found from the US, the UK and Oz. Which basically says the owner of private property has control over the activites conducted on that property.

I posted this on pissedpoet pics a few weeks ago and am re-posting it here for your information.

We have all seen the scene of the photographer being surrounded by the heavies, the camera being confiscated and the film being thrown on the ground. Makes for great dramatic footage but in most jurisdictions such behaviour is illegal unless accompanied with a court order.

Essentially if you are in a public place, you can shoot away to your heart’s content. Even in the paranoia of post 9/11 and officers from security forces both private and government saying otherwise. But do use some commonsense, taking pics of military installations is just dumb as with any other sensitive government building.

However you will have to exercise restraint with regard to a person’s privacy or expectation of the same. The person seen in the window of your shot of that lovely composition of windows could land you in trouble if they took exception to being in the pic. Conversely, the same person walking down the street would be fair game. 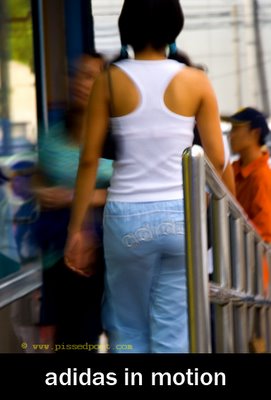 An excellent article on the state of play in the US by Andrew Kantor, published in USA Today, can be found here. As he says, “If you can see it, you can shoot it”. He also refers to a downloadable PDF by Bert P. Krages The Photographer's Right.

In England things a little more complicated, not only do you have to take English, Scottish, Welsh and Irish law into account, which can vary from place to place, but the European Convention on Human Rights also gets a look in. An extensive over view is the The UK Photographers Rights Guide

There is no such guide available for Australia at the time of writing although the information available from the Art’s Law Centre indicates that taking photos in public places you can just click away. Justice of the Peace, Barry Daniel spells it out a lot more here and in essence says. “The general rule in Australia about photographing in a public place seems to be that, unless there is a legal prohibition such as a statute or ordinance or a legally authorised sign indicating photography is not allowed, you can photograph virtually anything you wish.”

For street photographers, overcoming the invasion of another’s personal space is a greater concern. It does take some nerve to get in close and personal with a stranger. Although being completely legal, the subject’s reaction could be down right illegal. If it comes down to a choice between a broken/stolen camera and a broken photographer, I know my choice. 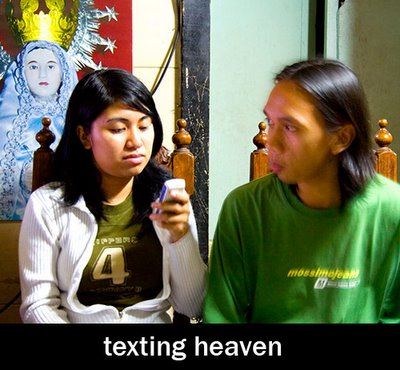 Fortunately it rarely escalates to that extreme and in 5 years of street photography it has only happened to me once and that was my own fault. I was so intent on what I was shooting I didn’t notice the agitated subject in the lens, who was incidental to my shooting. When he turned up a short while later with 2 large mates in tow, well a stolen point & shoot isn’t high on the police crime statistics.

If you do find yourself the subject of a street photographer, ignore them. It isn’t you they are shooting it is the scene, which you just happen to be a part of that is their point of interest. Unless you are providing a street performance, in which case its free publicity. If you’re embarrassed by your performance, should you be doing it in the street?

In this post 9/11 time of terrorists under the bed, shooting infrastructure will be sure to attract attention. As happened to a colleague in Australia, who became enthralled by the way the light was working the local oil refinery. He stopped to take some shots and a couple of hours after getting home the local gendarmes were on the door step with the mandatory who, what, where and especially why. 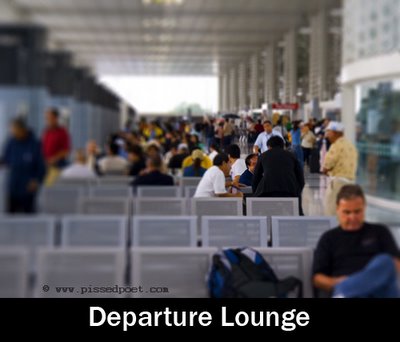 It escapes me why the person with the big, black SLR is such a subject of official concern. Any self respecting terrorist is going to go to some trouble not to be noticed in their activities. If they can’t get what they want with a Google search, one would suspect that a cell phone would be their camera of choice. But such are the times we live in.

If anyone has any definitive info regarding photographers rights in the Philippines or knows where it can be found, please drop me a line in the comments section.
Posted by Henry Bateman

The same thing happened to me while I was clicking away at the Alabang Town Center in 1998. The security guard said that it was forbidden by management. When asked why, he couldn't give a decent explanation.

I have a theory: maybe mall owners are wary of their competitors (you know, those who send "spies" as part of a reconnaisance mission).

In Power Plant, the food server told me that they don't allow customers to take photos of their products (I was taking photos of the nice Starbuks tumblers lined on the shelves). So, again, I had a feeling that it was a measure against reconnaisance missions work of their competitors.

I was in a mall in Geneva last week. I was posing beside an artificial Swiss cow with the name of the cinema painted on it. The ticket usher, in a rude way, stopped my husband from taking photos. When we tried to ask him why, he didn't enlighten us.

Now I remember one thing: a mall manager told me (I used to work in the media relations department of a very popular mall) that photos taken by 'suspicious-looking photographers' are not generally allowed just because they might turn out to be spies working for another mall.

Maybe when you take photos in a mall setup next time, it's best to tag along a friend or family member. You know, pretend like you're just taking the usual souvenir family pics, and not the nice documentation shots you feature in your site. That way, the security guards will not be suspicious of you. (I do it sometimes here.)

(P.S. I was refrained from taking photos in two churches in Ukraine even though my camera was on a no-flash mode. Something to do with privacy being violated. It didn't help that I mentioned that it was for a news report.)

Hey there jayred, the same thing happened to me in Oz all the time. Talk about people with small minds, if I was a "spy" they would never know I had taken a pic, especially with cell phones today. It is a 9/11 paranioa fueled by the sensationalist tabloids, so many people just dont stop and think. So what is new I hear you ask.
Ah well I intend to be back at the Power Plant omn the next Sunday, there is a pianist who is so great I just have to get some shots. I will be a good boy and ask permission and if that dont work I will take them anyway. :-) :-)

I've been trying to find one myself (photographer's rights in the Philippines) so as to arm myself with some legal document when doing street photography or taking photos in public places. Though pi$$ed when confronted by security personnels, (sometimes) we just can't fault them, they're only following management "rules." One thing I noticed though is that these things happen only in big cities particularly in Metro Manila. You can shoot to your heart's content in the provinces (the people will even gladly pose for you), as long as you ask nicely.