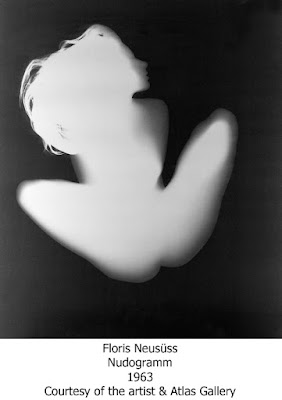 “A photogram is like a painting:
you have a blank sheet of paper and you create a picture on it.”
Floris Neusüss

The German photogram artist Floris Neusüss considers photography to be the direct opposite of what he does. As he explained to the Telegraph Newspaper’s Lucy Davies “The only thing the two have in common is the use of light sensitive materials and the prefix ‘photo.’ Photography records an image projected through a lens: all that is captured is reflected light. A photogram is a kind of drawing with light, in which, as Moholy-Nagy put it, the light can play as central a role as the pigments do in a painting.”

Inspired by the early 20th Century avant-garde artists Laszlo Moholy-Nagy and Man Ray, Neusüss has dedicated his artistic life to extending the practice, study and teaching of the photogram.

Along the way he has increased the size of the works produced from the small works traditionally associated with the medium enhancing its appeal for the modern audience.

As he had said “The size of photograms is one of the sources of their particular power: they always portray their subjects to scale, unlike photography, in which the size of the image is arbitrary, and most usually depends on the size of the print, rather than the object that has been photographed. In 1960 I captured the image of a female nude as a photogram, on a two meter length of paper. I discovered that in one sense the fact that the woman in the photogram is life sized communicates intimacy, but in another sense it creates detachment: the picture has no surface detail, so you can’t identify distinctive features. The figure appears to be floating in space. It eludes realistic capture. You could say that a photogram removes and idealizes its subject at the same time."

Neusüss has also incorporated the developments in photography into his work to underscore the photogram’s uniqueness in a world that is awash in photographs. As he says “One attraction of photograms is the continual freshness of the aesthetics they can create, another is the colorful effects they can feature today – for a long time, photograms could only be black and white.”

As Beeline’s Lisa Jennings states “Removing the camera feels like it allows artists to get closer to the source of what interests them - often elemental forces such as light, time, energy or the ephemeral. Rather than documents, they appear more like dreams, memories, fragments or signs, exploring an inner rather than an outer world." 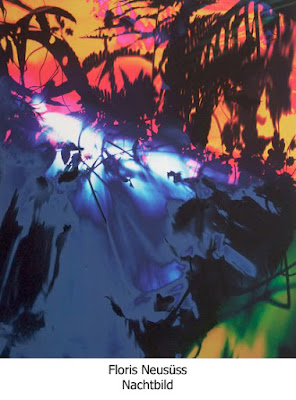