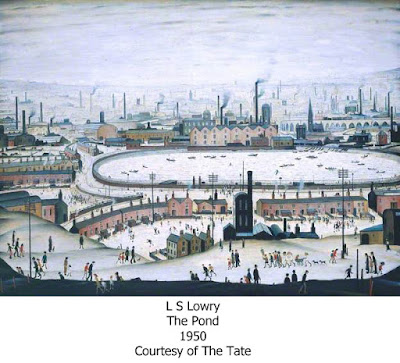 “I owe a lot to my tenants, I put them in my pictures.”
L S Lowry

The British artist, best known for his cityscapes of northern England’s factory towns, Laurence Stephen "L.S." Lowry never gave up his day job. For 42 years Lowry tramped the streets he would paint at night to collect the rent from the clients of the Pall Mall Property Company.

For the best part of 23 years Lowry studied art part time firstly at the Manchester Municipal College of Art and later at the Salford School of Art although it was a missed train that started him painting his best loved works.

As he tells the story “One day I missed a train from Pendlebury, a place I had ignored for seven years, and as I left the station I saw the Acme Spinning Mill: the huge black framework of rows of yellow-lit windows standing out against the sad, damp charged afternoon sky. The mill was turning out. I watched this scene, which I’d looked at many times without seeing it, with rapture."

But Lowry’s paintings are not a historical record, for like all good fiction his paintings, whilst based on facts, are designed to underscore the story he wants to tell. As he has said “After all it’s only a picture, it’s make believe, it’s not reality and the whole thing is can you get away with what you want to say?”

The exhibition LS Lowry: The Art & The Artist is currently on show at Manchester’s The Lowry until further notice. 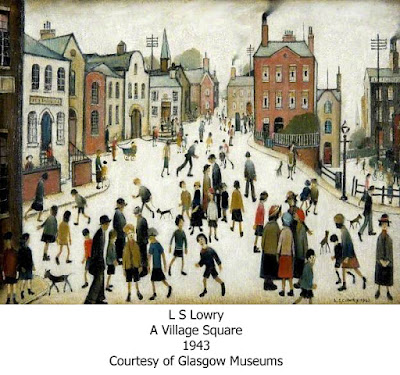