It’s All About Color 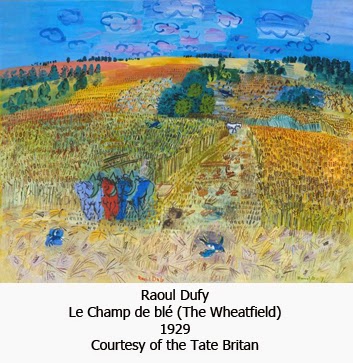 “The subject itself is of no account; what matters is the way it is presented.”
Raoul Dufy

For the French artist Raoul Dufy that presentation is all about color. Influenced early in his career by impressionists like Claude Monet and Camille Pissarro, Dufy’s discovery of the Fauvist in general and Henri Matisse in particular was, in his words "the imagination introduced into drawing and color."

A handful of years later whilst watching the crowds on the jetty in Trouville, a recurring subject in his work, that Dufy observed “the splashes of color of an object passing quickly in front of the retina remain imprinted on it for longer than the outlines of the object itself.” This dissociation of color and drawing, an encroachment of color on the line, was to preoccupy Dufy for the rest of his life.

Dubbed “the painter of joy” for his depictions of yachting scenes, views of the French Riviera, fashionable parties, and musical soirees along with his exuberant use of color saw Dufy earn this nickname. But it was his inverting of the traditional rules of color perspective handed down from the Renaissance abetted by his ongoing research into color and light that informs his paintings.

Later in life, after overcoming a battle with rheumatoid arthritis in his hands, Dufy pushed his theories to the extreme as in the semi abstract work The Red Violin (see below). In this ‘tonal’ painting that foreshadows the minimalists of the 1960’s, Dufy abandons any attempt at realism. Instead he concentrates upon his interpretation of the imaginary world of color whilst paying homage to the music of Mozart and Bach that pervaded the house of his childhood.

A retrospective exhibition of Dufy’s work is currently on show at Madrid’s Museo Thyssen-Bornemisza Museum until the 17th of May. 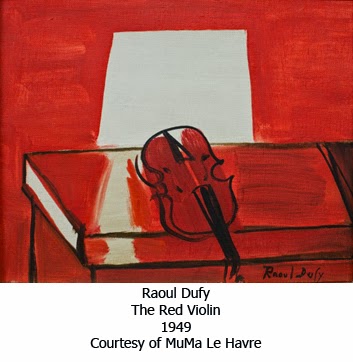