Come and Join the Dance 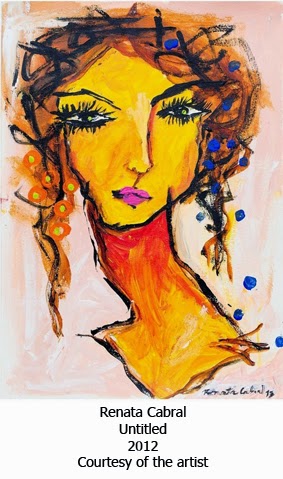 The South American country of Brazil is best known worldwide for its “Carnival,” the four days prior to Lent when the country stops to party and the north eastern tropical city of João Pessoa is no exception. As the most eastern situated city in the Americas it is known as “the city where the sun rises first.”

João Pessoa is also home to the self confessed Expressionist artist with Fauvist overtones, Renata Cabral in whose paintings the light of the morning sun radiates out from her works. For this self taught artist, a legal career and three children got in the way of any formal study of her craft; Cabral has been making art all her life. As she says, “During my childhood I used to spend hours with paper and pencil, drawing personal objects depicting family of which they were unaware.”

Concentrating on the female form, Cabral’s Madonna’s swirl across her canvases depicting her subject’s desires, reactions and sometime suffering, but mostly a love of live. “The traces convoluted, twisted, and at the same time sexy and elegant, vibrant colors and impressive looks, they are the features of my work,” she says.

But it is the eyes of her femmes fatal that capture the attention. These widows of the soul stare out of canvases with their sexy come hither looks that challenge the viewer to come and join the dance.

Cabral had her first solo exhibition in 2012 and a selection of her work is in an ongoing display at Gallery Vianna Brazil in Boca Raton, Florida. 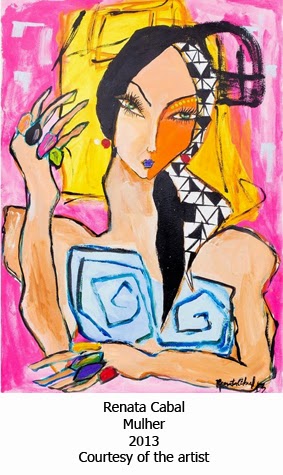