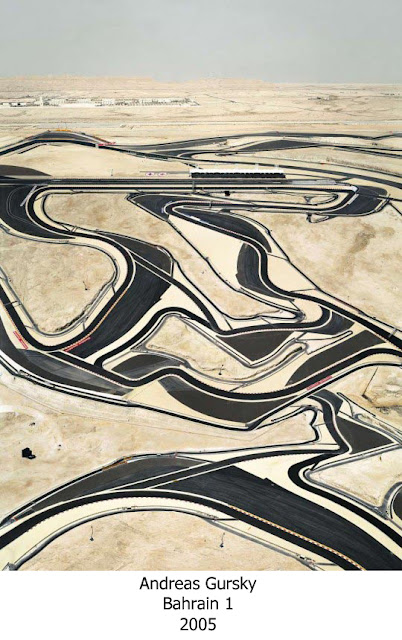 “I only pursue one goal: the encyclopedia of life.”
Andreas Gursky

The highly successful German photographer Andreas Gursky usually adopts an elevated or as he calls it a “God’s-eye view” position from which to compose his pictures. It provides him with a detached perspective which aided and abetted by computer manipulation enables him to conduct a cool examination of the world.

For as he has said “I am concerned with the human species.” A concern that has seen him pursue his craft “more with the abstract phenomenon than with anecdotal issues” in mind.

It is an expression that Frieze Magazine’s Ralph Rugoff argues has seen Gursky adopt  marketing’s fascination with packaging and its concern with how the container influences the product. As he wrote “The contemporary reality he [Gursky] depicts is not something he ‘finds’, but a look he carries around in his head…And he certainly knows how to fashion persuasive containers - it comes as no surprise to learn that his childhood bedroom was part of his parents’ advertising studio. Evidently, he’s been carrying that look around in his head for some time.”

Gursky is a third generation photographer, both his father and grandfather led the way with his father running a successful commercial studio. And whilst initially rejecting photography he eventually realized “I could express myself by doing it.”

It was in the early 1990s that Gursky began to incorporate digital manipulation into his photographic process enabling him to clean up images to enhance their abstract qualities and stitch together several images to make the large scale montages that have become the hallmark of his oeuvre.

But even with the fiction the computer affords him, Gursky wants his pictures firmly tied to reality. As he explained to Canadianart’s Nancy Tousley  “Even if a picture is completely invented or built, it’s necessary that you could imagine that it’s a realistic location or place. I am not happy if the picture looks completely surreal. Even if I am working with montage, I want that you don’t see it.”
And it is a reality, a sleight of hand, about the pervasive nature of photography today that Gursky attempts to depict through presentation of his photographic works.

Almost as if channeling the American writer, film maker and activist Susan Sontag who wrote in one of her best known books, On Photography, in 1977 “Whatever the moral claims made on behalf of photography, its main effect is to convert the world into a department store or museum-without-walls in which every subject is depreciated into an article of consumption, promoted into an item for aesthetic appreciation.”

The exhibition Andreas Gursky: Landscapes is on show at New York State’s Parrish Art Museum until the 18th of October. 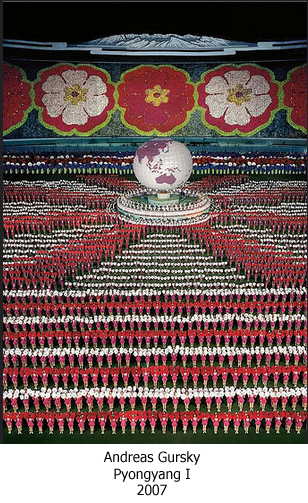 Start following our signals NOW and gain up to 270% per day.