About the Value of the Arts 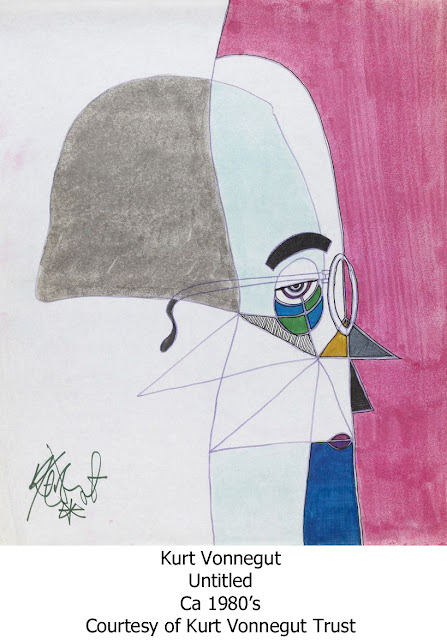 The arts are not a way to make a living.
They are a very human way of making life more bearable.
Practicing an art, no matter how well or badly, is a way to make your soul grow.
Kurt Vonnegut

Humorist, satirist, cynic and science-fiction writer are among the labels attached to the author of the American anti-war novel Slaughterhouse-Five, Kurt Vonnegut Jr. Vonnegut was also a graphic artist with his illustration, a locket bearing the "Serenity Prayer" slung between the breasts of the Slaughterhouse-Five’s character Montana Wildhack, first seeing light of day in 1969 with the books publication.

His graphic art abilities were confirmed with the 1973 publication of Breakfast of Champions which was liberally illustrated with his felt-tip pen illustrations. In the preface to the book Vonnegut informs the reader of his need to "clear his head of all the junk in there"—which included the various subjects in his drawings along with characters from earlier novels and stories.

He was subsequently invited to exhibit his work alongside the writers Norman Mailer and Tennessee Williams (both accomplished painters). An event that saw him take his visual are more seriously.

As he is reported to have mused "I've drawn all my life, on the edges of manuscripts and things like that. But I started thinking, 'This is the amateur approach.' ...So I decided to take myself seriously as an artist... My father was an artist, my grandfather was an artist, and I have three children who are accomplished artists."

In 1983 Vonnegut had a solo exhibition at Greenwich Village’s Margo Fiden Gallery. About which he quipped some years later “I actually had a one-person show of drawings a few years back… in Greenwich Village, not because my pictures were any good but because people had heard of me.”

Cynicism aside, Vonnegut was great believer in the arts as the way to personal growth.

As he wrote for a group of students in the year before his death “Practice any art, music, singing, dancing, acting, drawing, painting, sculpting, poetry, fiction, essays, reportage, no matter how well or badly, not to get money or fame, but to experience becoming, to find out what’s inside you, to make your soul grow.”

Which in regard to his own work, the affirmed atheist regarded it as akin to a spiritual exercise.

As he said “The canvas, which is to say the unconscious, considers [the painter’s] first stroke, and then tells the painter’s hand how to respond to it with a shape of a certain color and texture at that point there. And then, if all is going well, the canvas ponders this addition and comes up with further recommendations. The canvas becomes a Ouija board.”

The Exhibition So It Goes: Drawings by Kurt Vonnegut is on show at Cornell University’s Johnson Museum of Art from the 22nd August to the 20th of December. 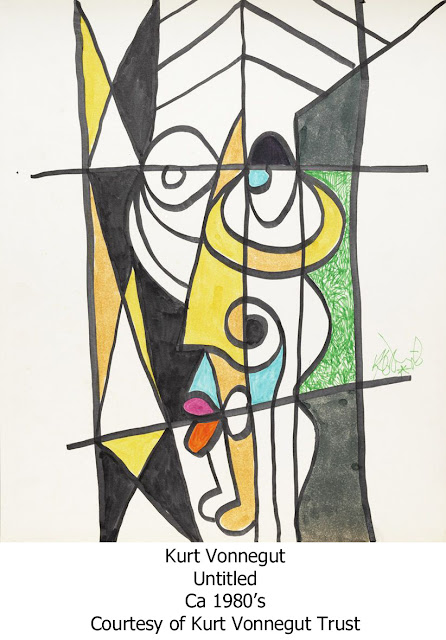 Get professional trading signals sent to your mobile phone daily.

Start following our trades today & gain up to 270% daily.