An Aussie in Manila 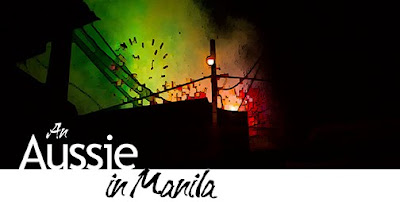 In the tradition of children the world over who pull their toys apart to see what makes them tick, the exhibition “An Aussie in Manila” deconstructs the adopted lifestyle of Philippine-based Australian artist Henry Bateman. In a visual exploration of his 4 years in the Philippine capital and through his unique approach to photography he examines and comments upon his Manila experience.

From a Metro Manila Shopping Mall to the Holy Week celebrations, from observations of the local art scene to a self critical appraisal of his own work, the work in this exhibition is an intellectual journey colored by an antipodean aesthetic.

What is it that distinguishes Manila in the eyes of this Aussie expat?

It’s not only the jumble of the urban streetscape or the overtly polite shop assistants. For Bateman there is more to this Filipino/Chinese/Spanish/American conglomerate. In this profligate meeting of East and West, where for most, the dance is attuned to the melody of the cash register his sojourn has become an enthralling escape from the eucalyptus.

Henry Bateman has been making art for over three decades. His first paid gigs were designing lighting and/or sets for a variety of Australian theatrical productions that ranged from straight theatre, through dance to musicals. In between these jobs he developed his studio practice.

He first showed his studio work in a group exhibition devoted to drawing at Sydney’s Boronia Gallery in 1984. This was followed by a solo exhibition of paintings, later in the same year, at the University of Western Australia. His 1985 exhibition “Hung up on a Wall” attracted controversy over the nudity depicted in the exhibition’s poster, a reproduction of one of the works on display.

At the turn of the century Bateman abandoned painting in favor of photographic based works. It was the post production facilities of the computer that attracted his interest. Over the years he has developed a unique approach to manipulating his photographs that enables him to express his thoughts about his subjects rather than rendering their literal representation. In 2007 a selection of these works were exhibited in Canberra at the Australian National University.

Bateman also writes regularly about the international arts scene for the Los Angeles based contemporary art website www.artslant.com and about the local art scene for the Philippine based Expat Travel & Lifestyle Magazine.

The “An Aussie in Manila” exhibition is part of the Australian Embassy’s celebration of its National Day on the 26th of January, showcasing the best of Australian music and art. Known as Celebrate Australia 2010 it will also feature the exhibition White Hot: Contemporary Australia Glass, featuring the works of renowned Australian glass artists from January 27 to February 26 at the Ayala Museum. The Australia Day celebrations also include performances and master classes by didgeridoo virtuoso William Barton and the Orava String Quartet. The group is scheduled to perform on January 27 at Greenbelt 3 Park; January 28 at the Alabang Town Center; and January 29 at the TriNoma.

“An Aussie in Manila” will be Bateman’s fourth solo exhibition in the Philippines and his second at the Sining Kamalig Gallery which is situated on the 4th level of the Gateway Mall, Araneta Center, Cubao, Quezon City. The exhibition runs from January 28, 2010 through to February 21, 2010. And at 3pm on February 13 the artist, Henry Bateman, will give an Artist’s Talk entitled “Photographic Art as a Commodity”.

Email ThisBlogThis!Share to TwitterShare to FacebookShare to Pinterest
Labels: You Need This