Photography as an Art Commodity

-
As part of the "An Aussie in Manila" exhibition currently showing at Sinning Kamalig I gave an illustrated artist's talk last Saturday. For thsoe who missed it here is a transcript of the talk along with some of the pics. 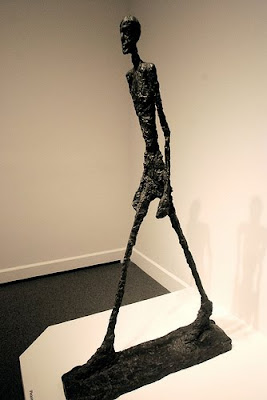 The above is a photograph of the world’s most expensive work of art to be sold at auction. It’s Alberto Giacometti’s sculpture Walking Man I. The bidding started at $12m, 10 Bidders and 8 minutes later it was knocked down $104.3m. That’s $11.5m a minute, nice money if you can get it.

But how much would you pay for this photograph of the statue? Not that much for sure, heck you can download it from the net and make a print for about 15/20 pesos.

And therein lays one of the major dilemmas facing documentary photography. This is especially true of the stock photography market with the majority of the product of what was once a lucrative market now selling at 20 cents a pop. 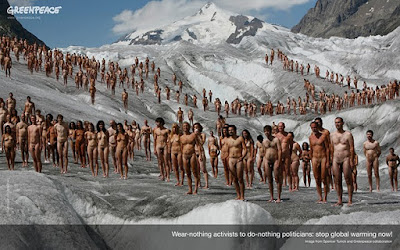 Now you can do the Spencer Tunick trick of getting people to strip naked at some landmark destination call it an art happening and document the event. Like in the above pic of 600 people on a Swiss glacier commissioned by Greenpeace, although if others document the event the market is shot. Tunick overcomes this problem by restricting access to the site in the name of protecting the dignity of the participants. As a result he has the pics and if you want to see what happened at the happening, who you gonna call? 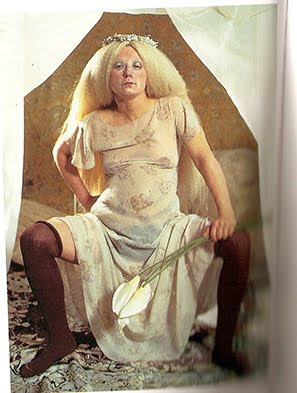 An alternative is Cindy Sherman’s approach. She dresses up in fancy costumes and shoots a self portrait. Her portrayal of Cinderella, above, is not your Disney presentation of Prince Charming’s desired squeeze, but then that’s Sherman’s bag; the representation of the feminine that challenges the main stream. Then there is the presentation of the counter culture of sex and drugs and rock’n’roll. Nan Goldin has done very nicely from her work in the 60’s & 70’s. The above pic (Trixi on a cot, NYC, 1979) Reminds me of that great Tom Stoppard line “By the light of a post coital Craven A,” which hails from the same era.

But segue forward 30 years to the work of Dash Snow. 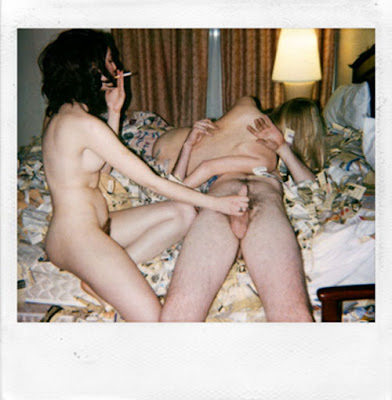 And this aesthetic gets right in your face. The anti always travels in a 'bare' more direction.

For all of these the works of art exist outside the camera, either manufactured or observed, all the camera does is record the moment, make a snapshot if you will. These art works are also transitory, existing for just a moment in time in the case of Goldin and Snow, for as long as she stays in the costume for Cindy Sherman and about 20 minutes for Tunicks happenings. So how does the artist make a living from their art? By recording it for posterity and controlling the supply.

Which is another layer of complexity added to the paradox that all artists face; of not making works to gain public approval, to be liked or to be commercial, yet its necessity to make a living? Of which this talk is a part.

But, there are alternatives to the still photograph such as video for recording these ephemeral events and if you tube and the amount of video art appearing in galleries is anything to go by video is becoming a major contender.

Consequently the future of the photographic medium, like painting before it, lies within the medium, which the post processing capabilities of the computer has made very accessible.

I am a painter at heart who a decade ago adopted the camera and the computer as my principal art making tools and now instead of pushing paint around with a brush I push pixels around with a mouse.

It has been a journey of false starts, getting lost and taking steps backwards. The first pics I was prepared to show in public were from a series dubbed the Neon Series. It was almost like learning to draw again. 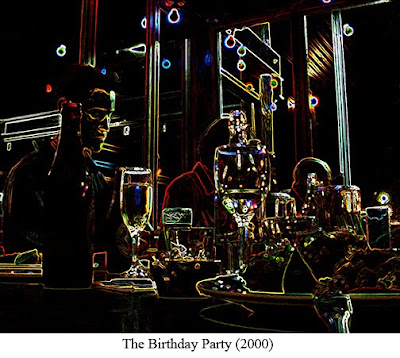 After a trip to the US and New York the work started to expand. 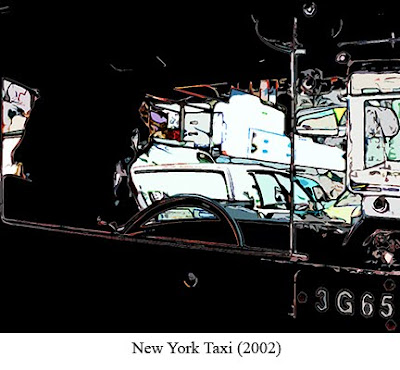 But I was getting very tired of the black velvet look and they morphed into this. 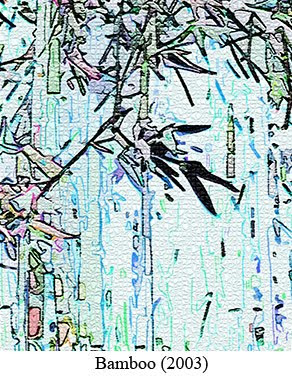 The building of a multi level car park inspired the Ripple Series of works. 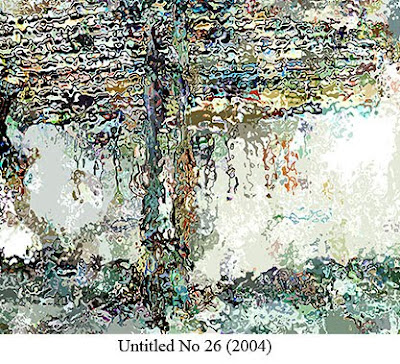 Arriving the Philippines saw the making of what I call my tourist pics. It was all so new and different.

Then my friend and fellow photographer, Steve Axford, introduced me to a post production process that led to the deconstructed pics I make now.

Although I am pretty sure I stuffed up his process as my work is a lot more abstract than his, or perhaps that is just me. 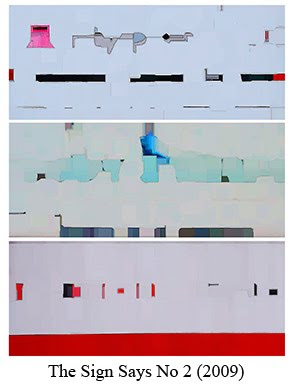 The above work came about through my limited ability with Tagalog. When the family gets together and start talking in Tagalog at 100 mph I am left watching the body language. To represent this visually I went and shot street signage and deconstructed the shots until the language disappeared.

This is being followed up by the instruction works. 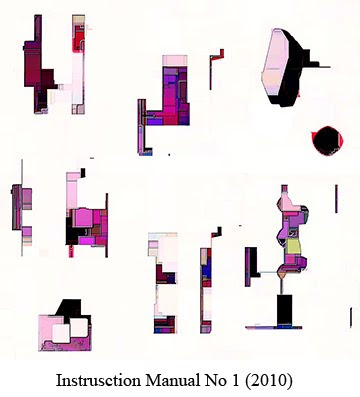 Having brought myself a scanner I am making works from the instruction manuals that come with various toys. For I often find them as indecipherable as room full of people talking Tagalog.

Of course there are other artists out there who are working within the medium and pushing the pixels about. 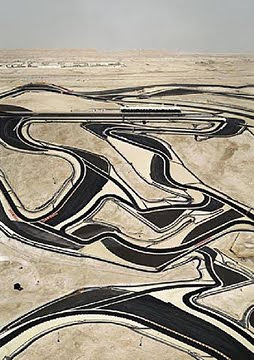 One of the best is Andreas Gursky. The above shot of the Formulae 1 race track in Bahrain I find particularly appealing. 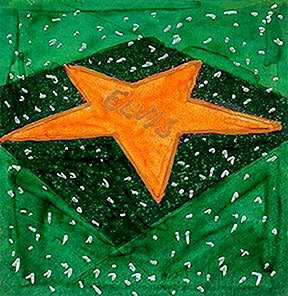 And then there is Shephard Fairey and his Obama Poster. 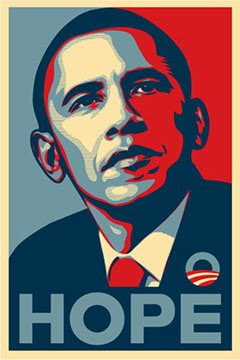 Although, he has got himself into a lot of hot water for nicking the original pic for his poster from the internet and not crediting its creator. AFP is suing him for copyright violation but because of his 'remixing' of the pic he is claiming Fair Use. The judge’s decision on that is going to have far reaching implications, not least of which will be a legal definition of what is a photograph.

Many, I suspect, are hoping that the judge is for change.
Posted by Henry Bateman

From my experience the ultimate Bitcoin exchange company is YoBit.

If you're trying to BUY bitcoins online, Paxful is the best source for bitcoins as it allows buying bitcoins by 100's of different payment methods, such as MoneyGram, Western Union, PayPal, Credit Card and even exchanging your gift cards for bitcoins.

Are you sick from looking for bitcoin faucets?
Triple your claimed satoshis with this advanced BITCOIN FAUCET ROTATOR.