What a Picture - What a Photograph

With the dust barely settled after FIAC the next annual art fair is girding its loins for its Paris exposition. Paris Photo 2009 will grace the Carrousel du Louvre Exhibition Hall from November 19 to 22 whilst another nine Paris galleries will be presenting exhibitions related to the photographic medium. 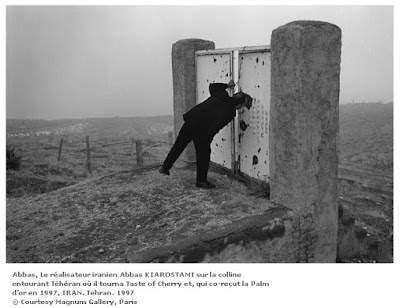 The Middle East is the focal point of this year’s fair with three exhibitions. The Central Exhibition will show a selection of rare images from the collections of the Arab Image Foundation in Beirut. The Statement Section will provide an overview of emerging talent from Tehran to Damascus, Beirut to Cairo and Tangiers to Dubai. And in The Project Room a program of video screenings will be on show, a display of the growing interest in this medium among the artists of the region.

A hundred and two exhibitors (89 galleries and 13 publishers) will be showcasing a wide variety of photography from the 19th Century through to the present day. Created in 1997 by the Dutch Publisher, Rik Gadella, this year’s Paris Photo fair will be featuring the work of 500 international photographers. From Germany to the United States, from Japan to Morocco, the 2009 edition of Paris Photo is geographically diverse with selected participants coming from 23 countries.

The Middle East focus expands out from the Carrousel du Louvre with exhibitions such as “Palestine, creation in all states” at the Arab World Institute, “Djân, Body and Soul” at VU Gallery, “150 years of Iranian Photography” at the Musée du Quai Branly, and “Iran 1979-2009 : Between Hope and Chaos, 30 years of Iranian Documentary Photography” at the Monnaie de Paris.

For more information about Paris Photo 2009 go to their web site, here.