First published in The Expat travel & Lifestyle Magazine March 2009
-
In May last year, when the hammer fell on Emmanual Santos’ angel series of photographs “Passing of Light” at Christie’s Hong Kong auction, a record price for Philippine and Asian contemporary photograph was set. 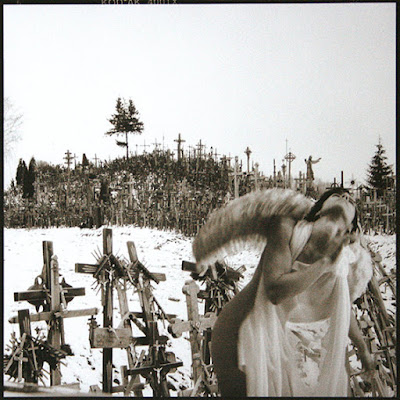 Hill of 1,000,000 Crosses by Emmanuel Santos, part of the series that created the Philippine & Asian record at Christy's Hong Kong Auction © Emmanual Santos 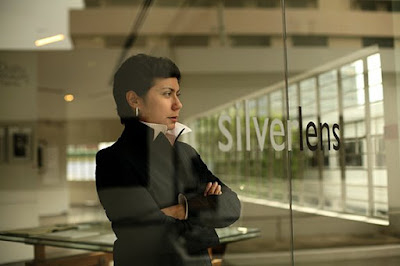 After completing her medical degree, Lorenzo realised her passion was elsewhere and headed off to the US to study photography at the Parsons School of Design in New York. There she gained her masters in Photography and Media Studies. Whilst in the Big Apple she also exhibited her work at the International Center for Photography and the Thomas Wenrer Gallery. To say, Lorenzo was under whelmed by Manila’s scatter gun approach to exhibiting art in general and photography in particular that she found upon her return to the Philippines would be an understatement.

“Making the work is half the journey, and the easy part in comparison, to finding a gallerist who really believes in an artists’ work, much less photography”, she says. “The lack of support for photography as collected art plus being forced to work in a vacuum takes its toll on the creative process,” Lorenzo adds. Consequently, taking the recognized international gallery practice of nurturing a stable of artists through their careers as her model, she created Silverlens Gallery in September of 2005 specializing in fine art photography.

Through the careful planning of their exhibition schedule of international and local photographers, the gallery has grown to be one of the most highly respected players in the Philippine art scene. And in October of 2008 Silverlens expanded their local operation opening on two new galleries, the SLab Gallery and the 20Square Gallery. Adjacent to and interconnected with the original Silverlens gallery, these spaces exhibit a wider range of contemporary art including painting, sculpture and prints. With the same curatorial team as the main gallery, these new additions are fast becoming, likewise, respect venues in the local art scene.

As a logical extension of these local successes, the Silverlens’ curatorial team, with Lorenzo at its head, has been making inroads into the international art scene. And it is here that Lorenzo’s focus on developing the gallery’s cultural capital, rather than the economic, has started to pay dividends.

Firstly by targeting top draw art fairs in the Asian region like HK08 in Hong Kong and Art Singapore. And then placing gallery artists in some of the regions biennales such as Korea’s Busan Biennale and the Singapore Biennale, Silverlens is promoting the world class nature of their program. It is these events that attract the glitterati of the international arts world, the serious, well heeled collectors and more importantly the top flight museum curators.

Whilst sales are an economic imperative and a record setting auction price will generate headlines, the works go into private hands for the enjoyment of the few and the headlines will be wrapping tomorrow’s fish and chips. Whereas placing a work in a museum’s and /or institutional gallery’s permanent collection ensures the work will be displayed for generations to come. And with museum and gallery attendances trumping sporting events world wide, year after year, means the placed work will be seen by very many pairs of eyes. It is also an indication of a work’s cultural significance, as these public collections are the historic record of the world’s cultural capital.

In March each year galleries from around the world descend upon New York City. For the city that bills itself as the art capital of the world, from the 5th to 8th of the ‘Ides’ month, the boast becomes a fact. Seven art fairs opened their doors over these four days and an expected quarter of a million visitors flowed through them. From Zurich to Amsterdam, from Montreal to Manila, the crème de la crème of the art world wormed their way though the Big Apple.

And Silverlens was there. Lorenzo and her team dove into this particular pressure cooker of long days at their art fair booth and nights spent networking with colleagues. “It is hard work, and you never really know who is walking in to see the show. It’s a thrill and a half”, Lorenzo muses.

For Lorenzo, getting Silverlens into the Pulse Contemporary Art Fair is a feather in her cap. Their 2008 application was rejected by the highly selective Pulse curatorial committee. Silverlens was advised they were showing too many artists, the Pulse selection committee expects participating galleries to be as selective as them. Over the successive nine months the Pulse curators kept an eye on Silverlens’ other fair appearances and the gallery program and for the 2009 fair gave them the nod. 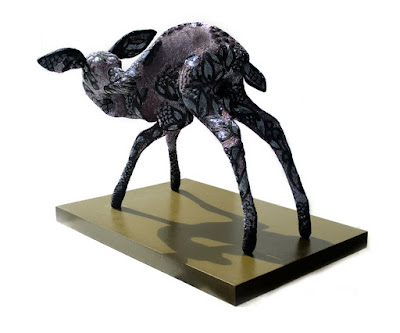 After The Fawn by Bea Valdes

When Lorenzo and her team flew out to New York, they had six artist’s works in their bags. Steve Tirona, Gary Ross Pastrana, Bea Valdes, Isa Lorenzo, Mariano Ching and Patricia Eustaquio all strutted their stuff at the Pulse Contemporary Art Fair under the Silverlens banner, rubbing shoulders with some of the art world’s heavy hitters. And for Steve Tirona, Pulse was his New York debut. 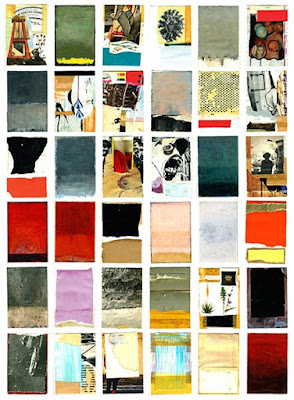 A Silverlens exhibition is fast becoming a high point in a photographer’s career, adding a culturally significant entry to their resume. To be accepted for representation will see the photographer thrust into the international spot light as the Silverlens’ star continues to glow, with increasing brightness, in the international art firmament.
Posted by Henry Bateman