Of Icons and Landscapes 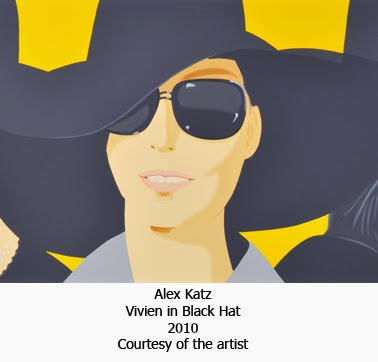 “I want to paint in the present tense.”
Alex Katz

In his essay The Art of Alex Katz the Telegraph Newspaper’s Martin Gayford said of Katz “He is to designer shades what Claude Monet was to garden ponds.” An opinion underscored by the Nassau County Museum’s director, Karl E. Willers, who in a catalogue essay, described Katz’s style as “suave, sophisticated, polished, refined, cultured, stylish.”

Except for their lack of narrative and a search for his own voice in relation to what had gone before Katz’s works could be classified as illustrations rather than fine art. But as he told The Brooklyn Rail in a conversation with David sale “There are some things other people painted very well and they don’t have to be painted over again by me. Matisse’s interiors, Picasso’s still lifes, Picasso’s solid form. They’ve all been done. And one thing I don’t want to do is things already done. As for particular subject matter, I don’t like narratives, basically.”

With a mix of figurative and land/cityscape works to his credit, Katz divides his time exclusively between New York City and the Maine countryside maintaining a style that does both genres justice. As he told the Brooklyn Rail in a 2009 interview “I think you have to be adaptable to your surroundings. It’s a way to step outside of yourself, which can be very generative. Whatever I do in my paintings has to do with a good deal of my time looking at everything every day. I look at a lot of other artists’ works—young and old. I even like looking at bad art because it can be more interesting than boring art. Maybe spending every summer in Maine with Ada, where I paint from nature, gives me fresh insight when I come back to the city. It’s a perfect balance for me. The bottom line about the way I think of style is that it has sustaining power.”

The initial land and cityscapes are completed in 15 minutes whereas the initial sitting for a portrait would be an hour. And with over 200 renderings, his wife, Ada, is a favored subject. “She’s basically an American beauty. Ada for me is like Dora Maar to Picasso. But Ada has better shoulders, and could easily be Miss America. I was interested in Miss America because it’s an icon in popular culture, so she just fits right in,” Katz has said.

A self titled exhibition of Alex Katz’s work is currently on show at Gavin Brown’s Enterprise’s Greenwich Street gallery in New York until the 13th of June. 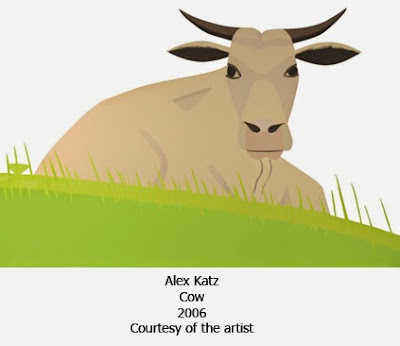