Enter At Your Own Risk 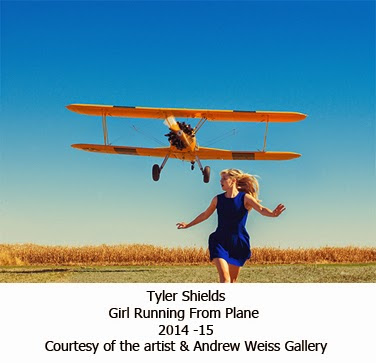 "You take fact and then you build fiction around it."
Tyler Shields

The Cliché is the recipient of a lot of bad press and deservedly so, for as your English teacher was fond of saying it “is generally considered a mark of inexperience or a lack of originality.” A statement that is equally as true for the visual arts in general and photography in particular.

That is until it is placed in the hands of American photographer Tyler Shields whose repurposing of the well worn infuses them with new meanings that more often than not up ends the predictable meme originally expressed.

Like his Girl Running From Plane (see above) from his new photographic series Historical Fiction, an image that breathes new life into the poster child of Alfred Hitchcock’s 1959 movie North by Northwest. About which Shields’ says “With ‘Historical Fiction,’ I have tried to create a narrative of history frozen in time, as if each image were part of a book where the first and last 100 pages have been torn out, and the story is for you to decipher.  What happened before and what happened after is only up to the imagination of the viewer, and it's that viewer that can envision themselves in many of these moments.”

The 33 year old Shields is a fast rising photographic star in his own right on America’s west coast who took his first photograph in 2003; it was what he took away from a failed romance. As he told Elle Magazine “I was a music video director at the time, and I had this girlfriend who basically cheated on me with a guy who was a photographer. He took pictures of cats and shit, you know what I mean? He just called himself a photographer. I took all of her stuff and boxed it up. And the last things there were two pairs of shoes and a hanger in an empty closet. So, I borrowed my roommate's camera, took one picture and said, "Oh, when you develop the film, it's the last picture on the roll. Just give me that." He gave it to me, and people went crazy for it. Magic, the fashion trade show company, ended up buying it and using it for their ad campaign. That's how I was able to buy my first camera.”

His notoriety received a boost in 2011 when a selection of his images was attacked for making light of domestic abuse. An accusation Shields rejected telling The Huffington Post "In no way were we promoting domestic violence. We wanted to do a bruised-up Barbie [doll] shoot and that's exactly what we did!"

Provocative and sometimes controversial Shields work is always close to the edge of approval, disapproval, real and unreal (although he insists they are real - no Photoshop) and biting social commentary is never far away.

For as Shield's insists “I'm an artist. I'm not a politician. I'll tell you exactly what I think, and I'll do exactly what I want to do. And I'm the most honest f-cking person you'll ever meet, because I put it out there for the whole world to see."

Shields’ current exhibition Historical Fiction is on show at Santa Monica’s Andrew Weiss Gallery until the 30th of June. 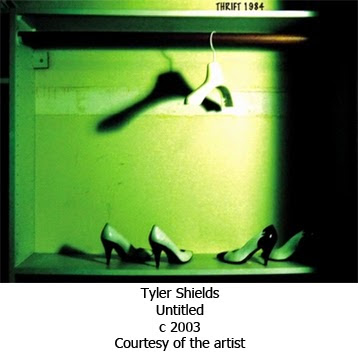